Next Saturday we shall be at the Gingham Goose Craft Fair at the Hayes Village Hall.
As it’s Father’s Day the following day, I’m planning to do a
Make-n-Take for children to create a card for their dads.
I am also planning a couple of light-hearted gifts for Fathers.
The one I have been working on today is the Box of Odd Sox!
I wanted to make a box that had a flap that opened on the top and
also an acetate window at the front.
My fourth attempt gave me exactly what I wanted!
Although I don’t use it as often as my Big Shot, today I was really pleased that I also have
a Big Shot Pro. Without it, I wouldn’t have been able to die cut the window.
I completed four boxes today and will do at least four more tomorrow. 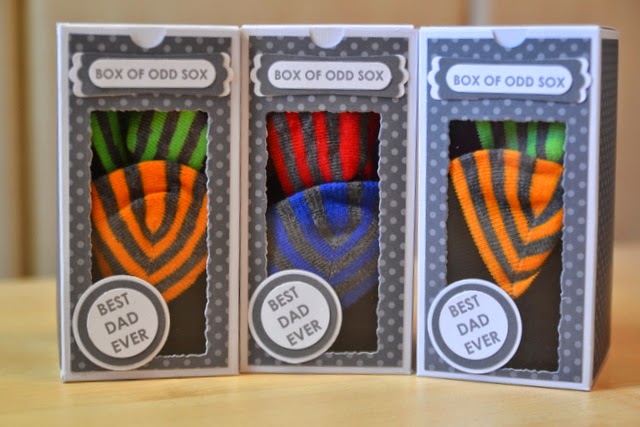