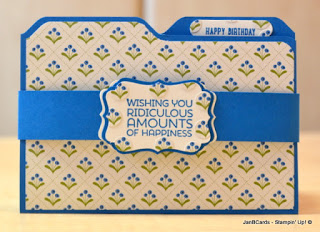 What a
successful day I had in my studio yesterday!

I decided I wanted to make
a different style Envelope Punch Board Gift Card Holder. 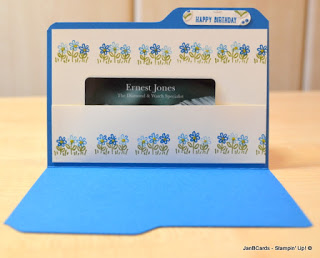 In the early stages of this project, I found I had reached a stage
where I could have gone in a different direction and turned my project
into a greeting card.

I photographed it before I continued – see photograph 6.

Obviously the Designer Series Paper is the wrong way round for a greeting card but it shows you the
idea. 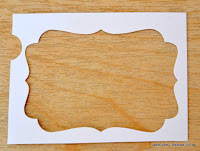 
The stamp sets I used are Sprinkles of Life and Cottage Greetings. 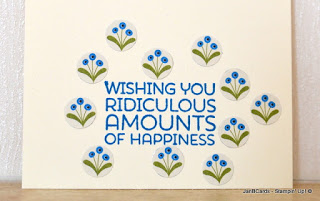 I stamped the flowers heads three times
before re-inking to get the variation in the colour.


I put Gold Glitz Dazzling Details in the centres of the flowers. 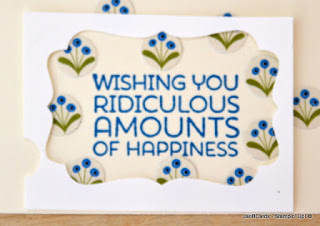 Photographs 3, 4 and 5 show how I created the sentiment I adhered to the belly band.

I punched out circles of the DSP using the 3/8″ Circle Punch and adhered them around the sentiment.

Then I
punched out the template using the Decorative Label Punch so I could lay
it over my stamping to see if I had adhered the circles in an
attractive pattern.

I have now put this template in with the Cottage Greetings Stamp Set so it’s ready if I want to copy this idea again some time.

Photograph 6 shows the greeting card which can be made standing as shown or turned horizontally with the fold at the top.

Photographs 7 shows the tab file I made for the recipe box video Recipe Box. 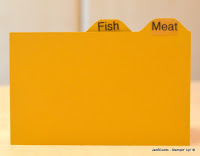 To make the tab I used the Decorative Label Punch and adhered to a piece of cardstock.

Photograph 8 shows tab files I made using the Envelope Punch Board – so much easier and so much neater.

Finally, photograph 9 shows a box I made using the EPB last Christmas.

Yesterday I said I had an idea about putting an insert into a box.

Although it needs a bit of fine tuning, this is the idea I had.

It
would be better if the box was deeper so it would take much bigger
jewellery than the pieces I have used to demonstrate my idea.

How often do you buy fashion jewellery as gifts for birthdays, Christmas, etc and really need a nice box to put it in?

Well, that’s quite a lot for one day – I hope you’ve enjoyed seeing today’s ideas. 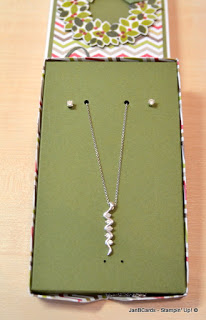 If you have any questions, please leave a message in the box below or email me at janb@janbcards.com – I’d love to hear from you.