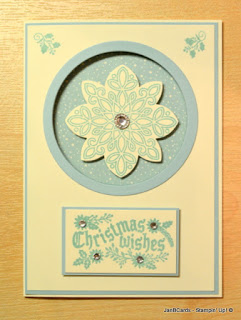 Yesterday I finally had my mobile phone upgraded to the 21st century! LOL!

Now I can get my business emails on the move, use the Internet and use it to get Wi-Fi for my laptop, when I’m out and about.

I was very pleasantly surprised what a small amount extra this new package is going to cost me!

I made one as part of my weekly challenge a couple of weeks ago and found it was surprisingly easy to make. 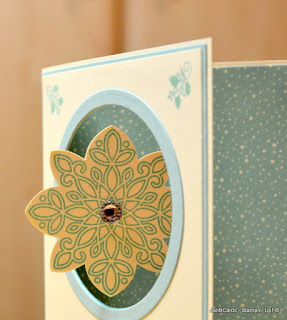 I decided to share it as it does pack a nice surprise for the recipient if you remember to twist the snowflake 3 or 4 times before you put it in the envelope!

Definitely not the style of card that I would make lots of but definitely worth the effort for the really special people on my Christmas list.

On the video I make the Very Vanilla and Pool Party card; the black and gold card was no. 5 in the Flurry of Wishes Challenge and was posted here on 26th September 2015.

While I was making the video, I noticed on my sample card that I showed right at the beginning, I had used Lost Lagoon Ink for the sentiment instead of Pool Party! 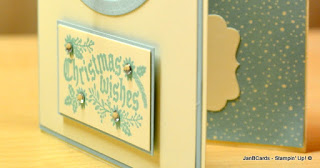 After I had finished the video, I removed the rhinestones, stamped a replacement sentiment in Pool Party, and adhered it to the card.

Then I replaced the rhinestones. 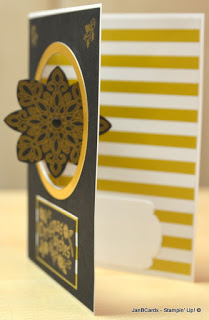 Also at the end of the video, I couldn’t decide if I wanted to put rhinestones on the sentiment of the card I was making!

I said the jury was out on that – the verdict came in – add the rhinestones!

Don’t forget, if you would like to suggest something for a weekly challenge, I’d love to hear from you………………………but please be gentle with me! LOL!

I hope you enjoy the rest of the weekend.