What an exciting day we had at the OnStage Convention yesterday.

We have been seen new products that are being launched in the new Spring catalogue at the beginning of January 2015 as well as the Sale-a-bration 2016 catalogue.

You will not be disappointed, trust me! 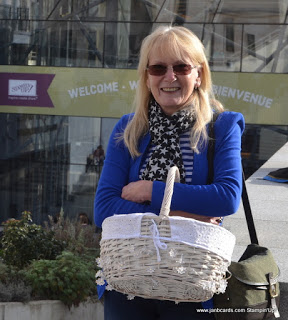 I’m not allowed to reveal any details yet but we have exciting times ahead.

We had a very pleasant and uneventful journey over here yesterday morning and met up with a lot of other demos en route!

The weather was absolutely amazing – November and the sun was shining and no coat needed -just like last October when we were here for Convention.

We went to the hotel first, dropped off the bags. I walked to the Square Convention Centre which is about a five minute walk away.

I collected my tote bag from reception. Inside there was a new stamp set inside (sorry I’m not allowed to give any details), four pens with Stampin’ Up! on the barrel – great advertising tools – a super thermal flask, a note pad and a coloured badge.

There are eight different colours of badges and are used for the Prize Patrols!

At random times during the Convention, a random colour will be picked and everyone who has that colour wins a prize, which is normally a stamp set. 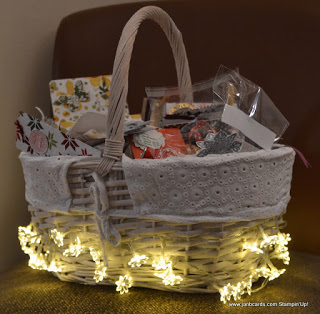 After I had examined the contents of my tote bag, I started swapping!

It was great talking to people from around the globe.

I met one of the US demos I met when I went to Leadership in Florida in January and remembered her name – it was easy as it’s the same name as one of my sistsers, Phyllis.

I also bumped into a Dutch demo who I’d spent the last afternoon in Florida with as we were both killing time before our flight home.

After about 1.5 hours, I was all swapped out!

Boy do I have some gems to share with you when I get home! ☺ 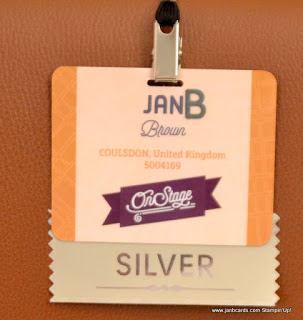 The first photograph today is a tote bag made by French demo Aude Barbara – as you can see, she was more than happy to let me photograph it!

She was using it to carry her swaps and said instructions on her blog http://missscrap.com.

I’ll certainly be checking that out when I get home!

She was followed by Rich Jutkins, president and COO who gave saome very interesting figures about how the business is growing.

He also did a stamping demo and was really funny. 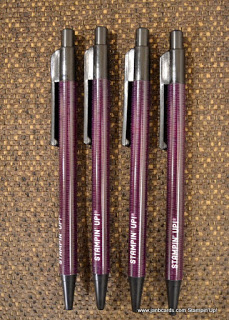 This was followed by another female member of staff, I think Carrie Cudney, who took us on a sneak peak walk through the two new catalogues, followed by Richie again, then another stamping demonstrator who show-cased some more new products.

Finally Sara came back in again and we were all given copies of the new catalogues!

It was a fun packed afternoon which included some great demonstrations.

When I arrived back at the hotel, hubby was also back from his wander around Brussels and we spent some time going through all my swaps. 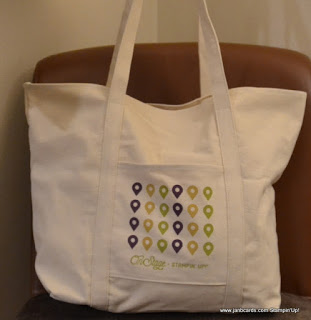 By this time I was quite hungry, not having eaten since a snack at 11ish this morning.

We went to a Vietnamese restaurant around the corner which was very disappointing but we were both tired and hungry and it filled a hole.

After we finished eating, we came back to the hotel for a very much needed good night’s sleep.