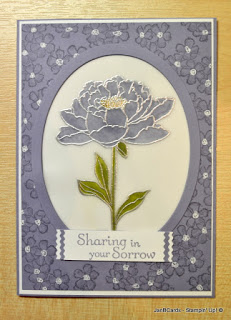 I’ve just uploaded the video which shows how I made the sympathy card for my aunt who passed away a couple of weeks ago. I’ve called it: Vellum Sympathy Card. I posted the original photographs on Thursday 19th November 2015.

The third photograph shows solid circles which is how I did the original card. Also on the third card, you can see I did some shading on the flower. Not really necessary but just something different. I did it by colouring the flower as described on the video. After it had dried I went back and coloured around all the petal lines to make those parts darker. 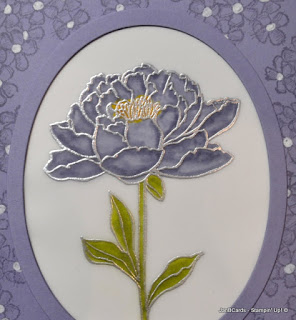 I think it worked well but I like the non-shaded card just as much. What do you think?

Today I’m off to Maidenbower for a craft day organised by Natalie – SIX hours of interrupted card making! Sunday isn’t the best day for me but it suits so many others that I can work around it.

Since I posted the photographs of Snow Place project no. 5 – the characters with night lights – I’ve had a few more ideas that I’ll include in the video, which I’m planning to make tomorrow and post on Wednesday.

Yesterday I started making two easel cards as special orders. The first one is in So Saffron and it’s for a wedding. The second one is in Watermelon Wonder and is for a birthday. After that I have just one more special order and that should be it for me for this year.

I wish you all a happy Sunday. Until tomorrow, happy crafting.