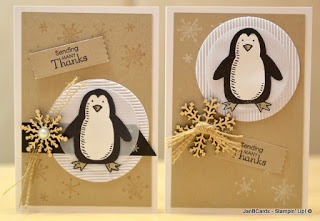 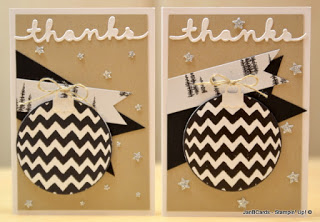 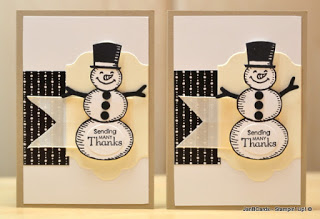 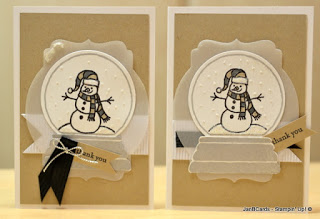 I hope you’ve had a fabulous weekend.

I had a brilliant time yesterday at Natalie’s Craft Day. I call it that but it was actually organised by three demos; as well as Natalie there was Gill Moore and Cary Buckham. The day was split into three 2-hour classes with lunch after the first one. Part of my reason for wanting to attend an event that was aimed at customers, rather than demos, was to see how a craft day is organised with a view to me offering it to my customers. After seeing how much work the three of them put into the day, I know that there is no way I could offer three 2-hour classes in a day on my own! I think I would offer two 2.5 hour classes with lunch in between.

Now the fun part! Gill took the first class and we were given everything we needed to make three super Christmas cards that you’d make for those special people in your life. We were also given brief instructions on how to make the cards with all three demos on hand to help out and offer advice. For my craft day, I would supply instruction sheets in the same format as supply for my monthly classes. They’re  step-by-step so that the projects are easy to replicate when the attendees are at home. I didn’t complete any of my cards during this class! I chose what I thought would be the hardest one, a stunning peek-a-boo card – unfortunately, I was right. I should have moved onto the next card but I was chatting – as one does! – to the lady sitting next to me, Lesley. She completed the second card, which was also stunning, but found the final step a bit tricky. Gill helped her and the card looked fabulous! Lesley is keeping her card as a template so she can replicate it again at home. She very kindly let me draw the template in my notebook so I would also be able to do it at home.  By this time, I knew I wouldn’t have time to complete a card before the two hours were up, so I decided to tidy up my work area ready for the next class. 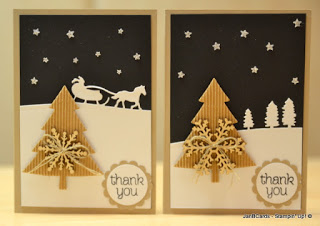 There was a wonderful lunch laid on including home-made soup, sandwiches, nibbles and far too many cakes – means I gave into temptation big time! Thank you Natalie, Gill and Cary – you really excelled yourselves! ☺ 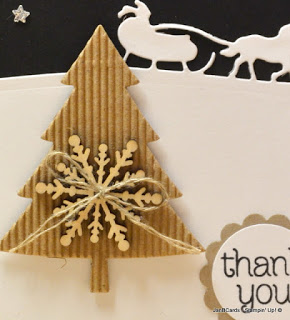 Today’s photographs are the cards I made from Cary’s class. They were designed as Christmas cards and made using Whisper White and Crumb Cake Note Cards. Personally I don’t send Christmas cards any smaller than A6 but love this size for thank you cards, so I changed the sentiment. We were given packs with all the card stock cut-to-size, so all we had to do was the stamping and assembling everything. I made five during the class but omitted the sentiments so I could add them later at home. I finished all ten cards before bed time last night!

The final session was making ten gift tags, a square pillow box, as well as decorating two bags- one vellum and one craft stock. I made four and bought the rest home to finish off. 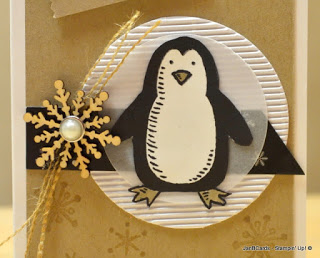 Before we started the third class we had a raffle and I was thrilled to win one of the prizes. I was even more thrilled when I found it was a pack of our corrugated paper and a roll of burlap, neither of which I have in my stash! Having used the corrugated paper in the second class, I absolutely love it! It’s quite fine and no where near as thick as I had imagined it to be.

The last two photographs show better detail of two of the cards that used the corrugated Card Stock.