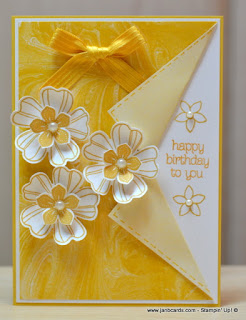 I left here in plenty of time for my hospital appointment yesterday but found my car battery was as dead as a dodo!

I asked my neighbour if he could give me a jump start. He said my hubby has a battery thingy that do it – I should have known! DOH!

He came down to our garage to find Thingy – on account that I wouldn’t know what one looked like even if it punched me on the nose!!

Thingy was found and connected to my car. 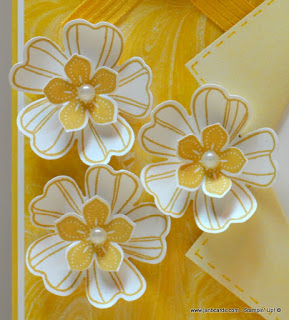 I started the engine and it roared into life – Thingy had saved the day and was put into the boot just in case he was needed again!

By now I was half an hour later than I wanted to be but was fortunate enough to arrive at the hospital with 6 minutes to spare!

In next to no time, I was seen by the consultant and sent away with a clean bill of health.

The day had improved big time!

The rest of the day was equally successful, although I still feel a little bit panicky at the amount of jobs I need to get done by the end of today!

I decided the easy option for classes on Saturday would be to take cards I’d created during the month and change them around.

Today’s card is a variation of the Masculine Collar Fold Card I made.

I started with a card base of Hello Honey Cardstock, then a layer of Whisper White and a top layer of the yellow design from the Sale-A-Bration (SAB) Perfectly Artistic Designer Series Paper which was only available until 15th February 2016.

I cut the collar as per my instructions in my video Masculine Collar Fold Card.

I stamped the sentiment from the Circle of Spring Stamp Set using Crushed Curry Ink – I should have used Hello Honey Ink!!

I stamped the small flower from the same set above and below the sentiment. 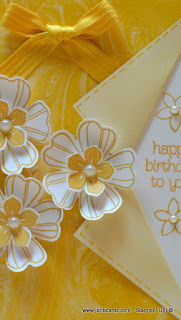 Using a ruler and my Hello Honey Marker Pen, I drew stitches around the collar.

Then, using Hello Honey Ink, I stamped three flowers from the Flower Shop Stamp Set and three from the Petite Petals Stamp Set onto some Whisper White Cardstock.

I punched them out using the Pansy Punch and the Petite Petals punch, respectively.

I curled all the flowers and, using Tombow, attached one small and one large one together.

Then I attached them to the card front using Dimensionals.

I added a large pearl in the centre of the 3D flowers and a medium sized pearl inside the two stamped flowers. 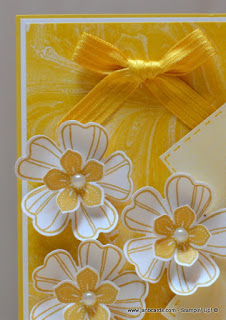 My final touch was the bow made from some retired Hello Honey ribbon.

I’m not sure I like the bow but I felt it needed something and it’s the only option I could think of at the time!

I played with some of the smaller 3D flowers as well as some butterflies but nothing seemed quite right.

I think I was being held back because this is for a class and I have time restraints in the forefront of my mind!

Well, that’s about it for today. I shall be working on overdrive today, so until tomorrow, happy crafting.