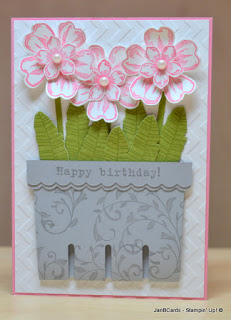 My back started hurting after classes last Saturday and I didn’t think too much about it. By Sunday evening the pain had started working it’s way round to the front. By yesterday morning it was really painful so I phoned my GP who gave me an emergency appointment. She’s diagnosed pleurisy as a result of the recent bout of sinusitis I had and put me on antibiotics!!

The first time I had pleurisy was in 2012 (or thereabouts) and it was coupled with double pneumonia! Unfortunately we were in Las Vegas at the time and I spent four days in a hospital out there! I think it was called Spring View, or something similar. 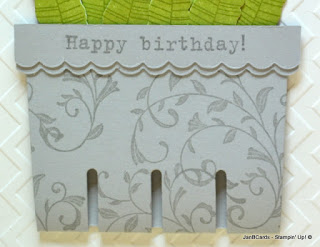 This morning I uploaded a video showing how I made the Masculine 3 Maps Card I shared with you on 24th February 2016 – please see last photograph. I made a really wally of myself while I was videoing – I’m blaming tiredness and the effects of antibiotics! LOL! – and I was going to re-video but I decided to leave it in.

So if you want a giggle, hop on over there!

Today’s card is one I made when I was working with the Berry Basket in preparation for the Make It Show last month.

This can be used in different ways, apart from putting flowers in like I have. 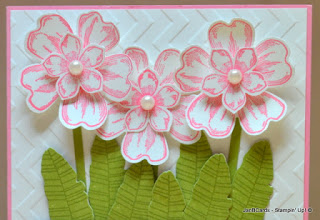 One way I’d like to try is to pop a packet of seeds into the pot so the flowers, or vegetables, are showing out the top. I think that would be a great card-cum-pressy for a gardener.

I used a ready made card base that’s been hanging around quite some time but is made from a retired colour cardstock – Regal Rose, I think.

As you know, I really don’t like waste so I decided to use it! I have other similar ready made bases which I will use at some time or another.

To make this card, I stamped some Basic Grey Cardstock using Basic Grey Ink and the big swirly stamp from the First Sight Stamp Set.

I used the Berry Basket die to cut one layer of the basket. I folded on the score line on both sides and cut it in half. I adhered it to my card front but I should have adhered it a bit lower. Then I adhered two layers of the scalloped trim cut out by the Berry Basket Die, on the top of the pot.

I stamped the leaves in Old Olive Ink onto Old Olive Cardstock using the Botanical Blooms Stamp Set. Then I die cut them using the die from Botanical Builders Framelits Die. 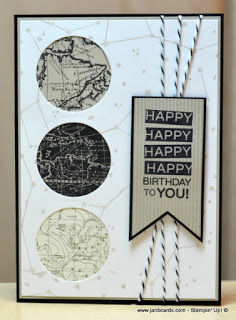 I have other ideas of how this can be done………..I just need some more time to play!

When I adhered the flower pot to the card base, I used Tombow for the back of the “base” of the flower pot and Dimensionals for the front and sides – I left the top open to slide the flowers and leaves in.

You would need to leave this open for the other items I’ve suggested you can put in there, too. So this is another idea for the Berry Basket!