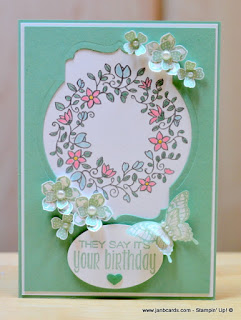 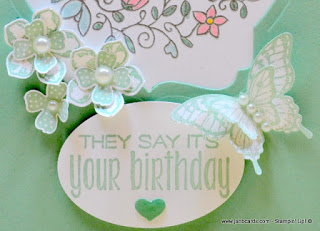 There were a lot of things that went wrong which, on their own, were pretty minor but there was just one after the other. The most frustrating point was when I had a telephone call from my credit card company telling me they had blocked my card because of suspicious transactions!

It’s great that credit card companies are on the ball but when these transactions are me trying to pay Stampin’ Up! for an order, it adds to the frustration.

The story in a nutshell is that my credit card is due to expire at the end of March and I do have my new one. As I hadn’t updated the new details on my SU profile, I tried using the older one – it was still in date! The system didn’t like it. 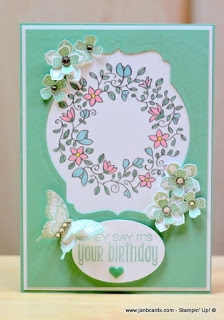 Then I received the phone call! Security had seen my three attempts and also a much larger payment going out about twenty minutes earlier – so they blocked that, too!

My account was unblocked and I was able to pay SU without problems. I investigated the large payment that had been blocked and that was my three year subscription for my website hosting and ancillary support! I had to get in touch with them and pay for my subscription.

Another big frustration yesterday was trying to upload today’s video onto YouTube! I succeeded in the end but not before I started pulling my hair out! Being one of life’s optimists, I know today is going to be a good day! 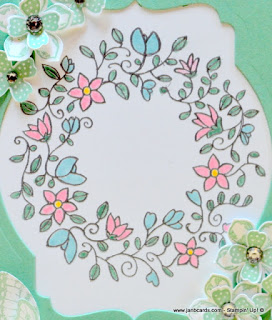 This morning, I successfully published my video called Embossed Circle of Spring. It shows how I made the Soft Sky card I posted here last Thursday, 25th February 2016. In the video I changed the colour and used Mint Macaroon.

I changed the butterfly stamps from the flowery ones to the ones that have a solid line around the outside. I also changed the Petite Petals flower from the small dotty one to the one that has straight lines and has a coordinating stamp in the Flower Shop Stamp Set – I’m not sure I’ve explained that very well!! 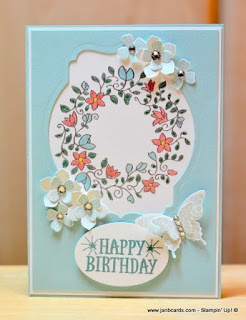 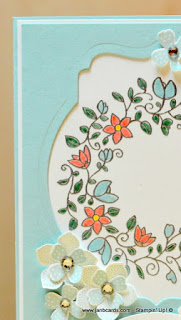 On the original card I used Blushing Bride for the pink flowers but changed to Pink Pirouette and I also changed the sentiment.

On the original card I used Happy Birthday from the You’re So Lovely Stamp Set but on the new one I used They Say It’s Your Birthday which is from the Suite Sayings Stamp Set.

The little hearts I added to the sentiment (off camera) are leftovers from some hearts I punched in the five new In-Colours that came in June last year – Cucumber Crush, Delightfully Dijon, Mint Macaroon, Tip Top Taupe and Watermelon Wonder.

Once I’d punched several out in each colour, I covered them in Crystal Effects and left them to dry overnight.

Initially I made them for a video I made – Glazed Hearts – but I decided to make several in each colour so they were ready as and when I wanted them!

I’ve posted photographs of all three cards today so you can see what subtle changes I made.

I’m going to be working in overdrive today, to make up for yesterday! LOL! Until tomorrow, happy crafting.