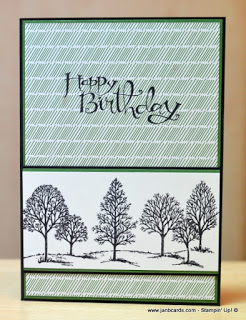 Yesterday I found a card I’d forgotten to share with you when I did my Wetlands card – please see last photograph.

The idea was stamping images on to Designer Series Paper (DSP) rather than plain Whisper White or Very Vanilla card stock.

This was at the beginning of April.

After I’d made the Wetlands card, I used the Lovely as a Tree Stamp Set to make a similar card.

I actually made two cards but only shared one. 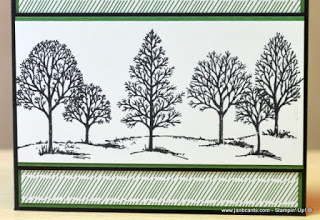 When I shared this one originally, I explained my idea was to use the line of trees as the centre panel of the card with a single tree on the DSP but it didn’t work out.

This was because the panel of the row of trees had to be quite a bit taller because of the size of the image. 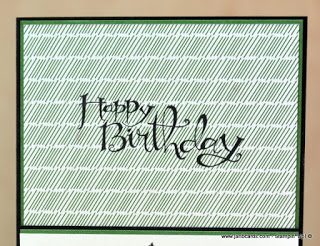 When I tried putting this panel onto the card base where I had already stamped the tall tree, it covered so much of the tree, the remaining tree that was still visible looked totally out of proportion.

As an alternative, I stamped a strip of leaves using another stamp from this set but kept the strip narrow enough to go over the large tree.

This left me with the strip of trees. 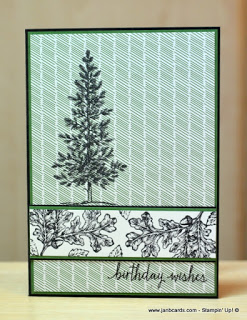 I decided to change the sentiment and use something that was big enough to stand on its own.

Sassy Salutations was the one I chose.

Although there is less detail on this card, I still think it works nicely. 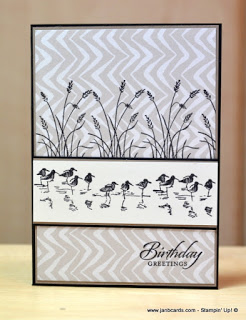