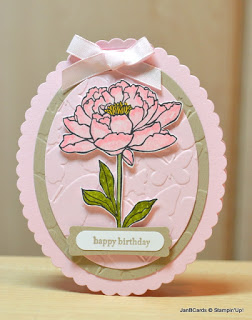 I’m back! The problem I experienced earlier today was caused by VirginMedia who are still investigating what’s gone wrong. I’m now working with another service provider!

I’ve had such a busy day so far! We were up and out by 9am this morning as Hubby had an hospital appointment – just a check up fortunately. We stopped off in the town on the way back to pick up a few bits from Boots (the chemist). I caused a bit of a kerfuffle as I wanted to make sure I received the best value possible for the coupons Boots had sent me recently! 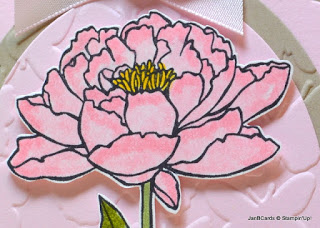 While I was doing this, Hubby parked the car and took my catalogues to the Post Office. Not surprisingly, he was still queueing by the time I arrived. In the good old days, we’d have had one envelope weighed and bought the required number stamps needed for all of them, paid and moved to a corner to adhere the stamps. 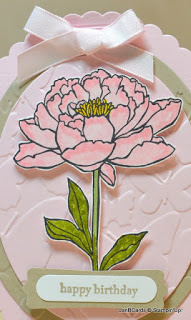 But, we now have progress! Each envelope has a special “stamp” that has to be printed – which is an amazingly slow process – and then adhered to the envelope! We set up a little conveyor belt with the teller printing the tickets, Hubby adhering them to the envelopes and passing them back to teller who then popped them into the post sack ready to be collected. Because there were so many catalogues the first sack became very heavy so she started a second sack.

I also purchased a large number of stamps for me to use from home. Normally, I would have adhered the stamps from home except the scales I have are just ordinary kitchen scales and the weight was so close to being 500g, I needed to have it checked on proper scales. The last thing I want is for any of my customers being charged extra if I underpay on postage!

Once we were all done we went back home and had a much needed cup of tea. Twenty minutes later we were off again for my appointment with Sharon for my manicure! 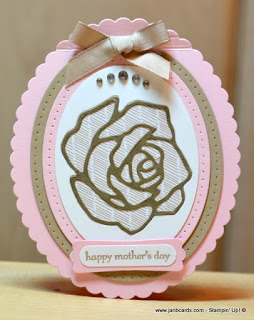 Today’s card is the second card I referred to yesterday when I said you might recognise it – please see fourth phoograph. I posted the original pink oval card on 23rd February 2016. During sorting out my To  Do Later (TDL) Box, I found the one Crumb Cake and three Blushing Bride ovals. I also found the partially painted flower from the You’ve Got This Stamp Set. I completed the rest of the painting and then fussy cut it.

I chose the sentiment from the Teeny Tiny Wishes Stamp Set and punched it out with the soon-to-be retired Word Window Punch. I layered it on a punched already-retired Modern Label in Crumb Cake.

These two punches are the two products that first attracted me to Stampin’ Up! – these two items were so unbelievable useful, I will hols onto these for ever! 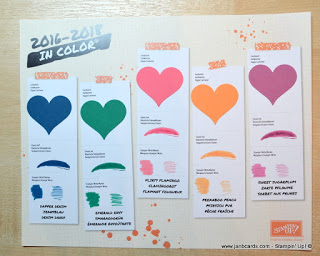 Finally, I wanted to share this colour chart for the new 2016 – 2018 In-Colours which was one of the make-n-takes we did at the OnStage Local Convention in Telford on 16th April 2016.

The hearts are punched card stock, the “eyebrow” is stamped in ink, the darker colour “box” has been coloured with the brush tip of the Marker Pens and the lighter box next to it has been made by using the pen tip.

That’s about it for today. Hopefully, I’ll be on time tomorrow – many thanks for your patience today. Until tomorrow, happy crafting,