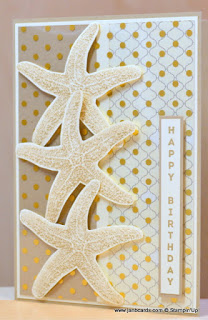 I
hope you had a great weekend.

We visited our friend in Aylesbury
yesterday and on the way home, were held up on the notorious M25 for a
“medical incident”. Neither hubby or I had ever heard this terminology
used to describe being held up on the motorway before. We assume someone
had been taken seriously ill. The air ambulance landed on
the other carriageway. 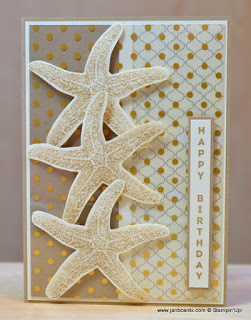 Shortly after this, the traffic on our side
started moving again. On our journey home, we kept hearing traffic
updates and the other carriageway remained at a standstill for at least
two hours. I couldn’t get the incident out of my mind for the rest of
the day, thinking about the “man” who’d been taken ill.

When
we arrived home, we had a cup of tea and a cake, and sat
and chatted for a while. Eventually, hubby went and sat in the garden –
our second day of summer – and read the newspaper and I went into my
studio.

I
decided to use the Perfect Picture Stamp Set which, although I’ve had
it for quite a little while, I still haven’t used it! I also wanted to
use the Fabulous Foil Designer Acetate.

I chose to work with the
starfish using Crumb Cake and Sahara Sand Inks. 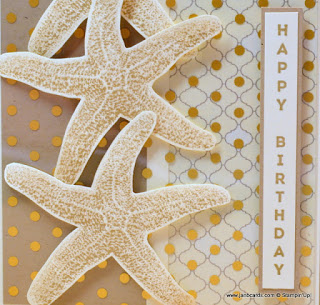 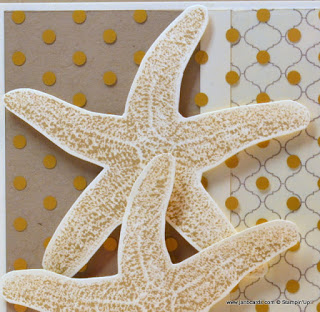 Rather foolishly, I didn’t pay
attention to which stamp was which when I removed them from their sheet
and didn’t know which was no. 1 and which was no.2 – and it wasn’t easy
trying to work it out either! But I think I sussed it out correctly.

I’ve now used a Sharpie Pen and
written 1 and 2 on the little pointer tab on each stamp so it’ll always
be easy to identify which one is which!

I practised with the two
colours, in all the various combinations and settled on my favourite.
That is, stamp the first image using stamp 2 and Crumb  Cake Ink;  and
then stamp on top using stamp 1 with Sahara Sand Ink.

There aren’t any
coordinating dies with this stamp set, so they need to be fussy cut, which was obviuosly quite straight-forward. 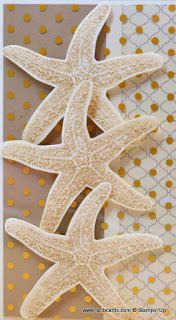 For
today’s card, I started with a base of Crumb Cake Cardstock, followed
by a layer of Very Vanilla and a top layer of half Crumb Cake and half
of a design from the Moroccan Designer Series Paper (DSP).

I adhered all
these pieces together, plus a strip of Very Vanilla down the centre
join. I cut a piece of the Acetate to cover the top layer exactly and
adhered by applying minute dots of Tombow around the outside dots and
some random ones in the middle.

I
prepared three starfish as described aboved and attached them to the card
front using Dimensionals. I did double layer Dimensionals in the centre
of the middle starfish, the bottom most “leg” and the one pointing
almost east!

I
used Crumb Cake Ink on Very Vanilla Cardstock for the sentiment
from the Vertical Greetings Stamp Set. In case you haven’t noticed, I’ve been using this set quite a lot! LOL!

I suffer from Buy Ativan panic disorder and anxiety.

I do have to say I’m so pleased
we now have a set of vertical greetings! I find them so useful.

As promised, yesterday I looked for the name of the company I bought my Card Display Stands from: http://www.stand-store.co.uk/

Like most things, you can probably find cheaper on the internet, but please be careful that you don’t have to forfeit quality. I’ve had mine for about four years now and there are no obvious signs of wear and tear. I’ve been very pleased with them and I’m very happy to recommend this company – no, I’m not being paid to recommend them! LOL!

That’s about it for today. I hope you have a great week and until tomorrow, happy crafting.