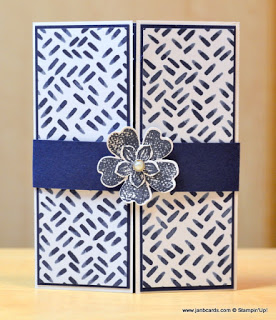 This
morning I uploaded my video showing how to make a shutter card. This is
one video I have really wanted to make for a very long time!

The first
shutter card video I ever saw was made by Frenchie but I wanted to find a video that
gave the measurements for half a sheet of UK A4 cardstock. On Monday, when I was researching how to make shutter cards, I
found quite a lot of videos and tried several of them!

I don’t know
if I was doing something wrong, or if there was something wrong with the
videos I’d found, but none of them worked out perfectly for me. 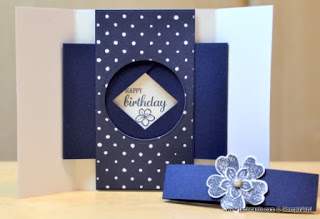 I decided to go back to
Frenchie’s video and used her measurements. I changed from her method a
couple of times but stuck to her measurements and each time, the card
turned out brilliantly! 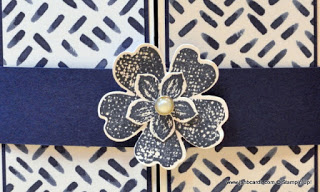 As
I explained in my video, using the US measurements means that we can
only get one card out of our A4 sheet, but on the plus side, we can make
very successful shutter cards.

There
was one step I introduced to my method that I haven’t seen done in any
of the previous videos! 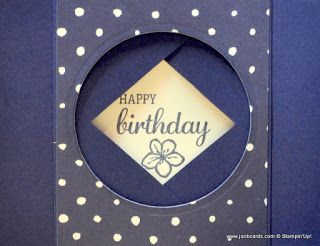 This extra step really helps with the smooth opening and closing of shutter cards!

With ALL the cards I made, including my
successful Frenchie cards, I found the points on the two shutters were
catching on the opposite side as I opened and closed the card.

To remedy
this, once I’d glued the shutters in position, I cut the four points
off! I didn’t measure them but I estimate it must have been the last
quarter of an inch. The difference it made to the ease of opening and
closing the card was quite amazing.

When I was putting the card together, I found it easier to put the
shutters in position before putting the centre panel in position, which
was opposite to Frenchie’s way. 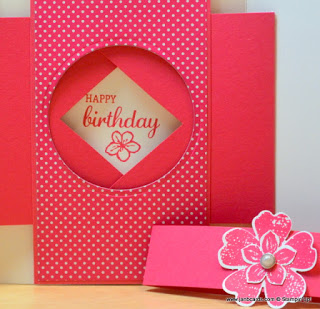 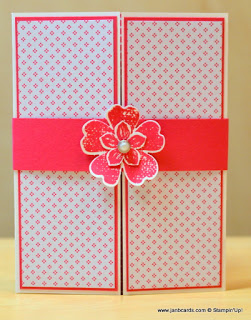 Stampin’ Up! has released the new Christmas catalogue to demonstrators and it goes without saying it’s packed with goodys! The catalogue goes live on 1st. September 2016 and I will be sending out a copy to all my customers about a week before the end of August. This is to allow you time to browse the catalogue without rush and be able to place your order ASAP to beat the rush. I have ordered catalogues in English, French and German so you can have the catalogue in the language of your choice! ☺

That’s it for today. Until tomorrow, happy crafting,