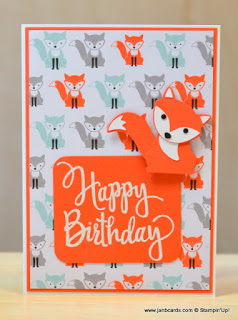 I
recently saw a very attractive but very simple card
someone had made using Designer Series Paper (DSP) as the image for her card.

She’d just added a sentiment and the card looked great.

I decided
to give it a try yesterday, using the Stylised Birthday Stamp for the
sentiment.

Apart from the DSP Stacks for the colour families, I don’t have much current DSP at the moment but I do have A Little Foxy DSP Stack. 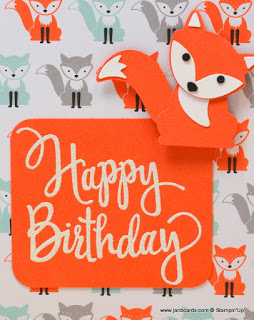 I knew this would be absolutely ideal for this projected and sorted out two designs that contained several colours in them.

Once
I start making a card, I find it very difficult to stop at simple, although I do stop before it becomes too busy!

Yesterday was no exception!

I finished my session after I’d made three
cards altogether – two Fox cards and one Brights DSP Stack flowery card!

For
the Fox cards, I started with a base of Whisper White Cardstock and a
layer of Calypso Coral. 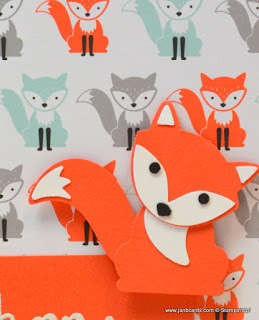 Both
layers were adhered to the card bases using Tombow.

Then I took two
pieces of Calypso Coral Cardstock and wiped them both with my Embossing Buddy.

I inked up the Stylised Birthday Stamp with
Versamark and stamped on each piece of cardstock. 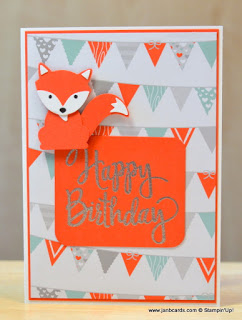 Normally I don’t like rounding corners but felt this
card called for it as the design was quite plain.

I’m glad I did this because I think it really added quite a lot to this card.

I glued one
sentiment to the front of each card.

For simple cards I should have
stopped there! LOL!

On my desk, I have an upended box lid that I’ve been popping
some stamped images in, and saw there were two foxes in there!

So I used
Dimensionals and adhered one to each card and the simple card wasn’t
simple any more!

In fact, I’m really pleased with how these two cards turned out! 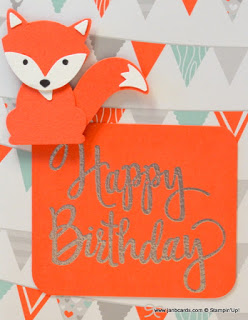 With the fox on the top card, I made his face using the eyes and nose punched from Basic Black Cardstock using the Fox Builder Punch.

I prefer the punched shapes and I also prefer the fox with his head tilted – he looks really cute! 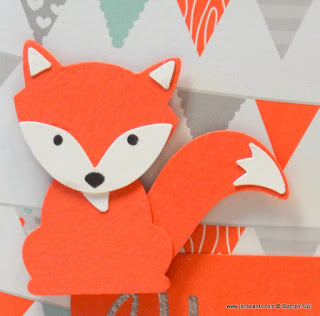 I also think the white embossing looks better than the silver because it is far more striking because there is so much white already on this card.

I’ll save the third card for tomorrow as hubby called it fussy when I showed him! LOL!

I’m not sure it is but I’ll look forward to your feedback once I’ve shared it with you!