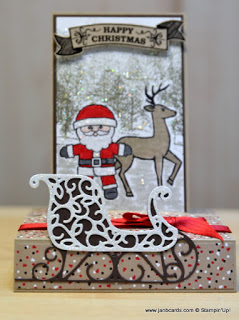 This morning I posted my video which shows how I made Dawn Griffith’s Pop Up Card.

When I first saw her video back in 2012, I added it to my Dawn’s Stamping Thoughts Playlist so I’d be able to go back to it easily!

I made my first one of these pop up cards for my granddaughter in January 2013! As you can see from photographs 6 – 7, apart from the ribbon and the cardstock, I didn’t use Stampin’ Up! products!

The first card in this design that I made, was the one with Crumb Cake as the base for the sleigh and the Candy Cane Lane Designer Series Paper (DSP) as a layer under the Father Christmas and Reindeer images.

I liked the DSP as a layer because it looks a bit like lights around them. 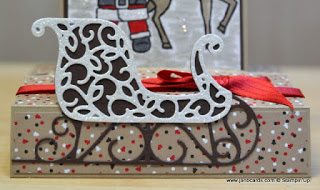 The card I made in the video is shown in photographs 1 – 3.

I used Early Espresso Cardstock (CS) for the layer under the images sheet as well as the back layer for the sleigh.

I definitely prefer it for the sleigh but I’m definitely undecided about the layer behind the image! 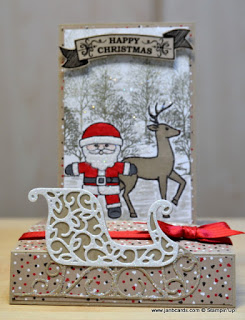 Like the majority of fancy fold cards, Dawn’s Pop Up card also folds flat for posting.

At 54 minutes, this is my longest video – I think – but on this occasion, I didn’t choose a quick design.

Our sales were good but nowhere near as good if we’d been in our usual spot!

I’m not sure what happened, but I was told the organiser had made a mistake which resulted in her having to re-arrange all the stalls. 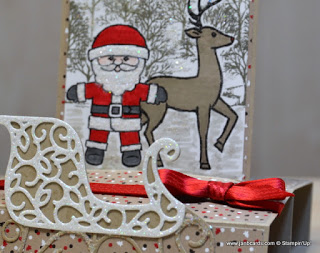 I don’t know what it was all about, except to say we were not in out usual spot.

Hubby and I just concentrated on making the best of a bad job, although it did make for a physically uncomfortable day.

This is the first time I’ve had this kind of problem, and hopefully, it won’t happen again. 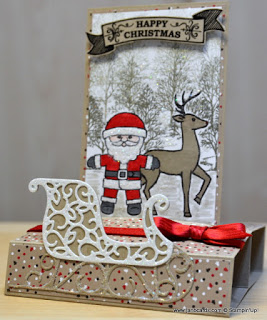 If it does, I’ll have to have a serious rethink about doing the Gingham Goose Fair again!

Disappointing but I have to be practical.

As always, we met lots and lots of really lovely customers who did quite a lot of shopping with us.

There was also a lot of interest in my classes, too.

I think that’s about it for today.

I wish you all a happy Sunday. 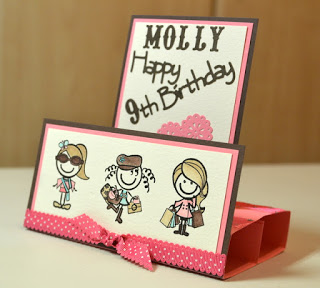