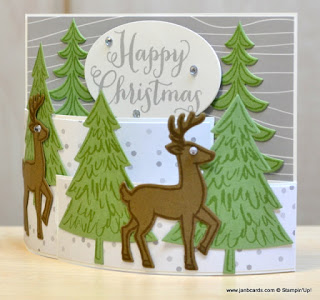 Oh,
boy! What a slow start I’ve had to my day! For some reason, it took an
excessive amount of time to upload my video onto YouTube yesterday
evening. By the time it was completed and I’d edited it, it was 1.10am!

I
slept in a bit later than normal this morning, but I don’t like doing this because it
upsets my routine! On
the bright side, my Bendi Card video is up and it’s a great project. It’s easy, and really does have the WOW factor.

There are just so many
ways to decorate this for a Christmas card, and can also be used for any
other occasion. 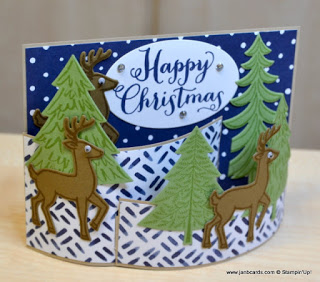 On
the two designs I show in my video, I have used non-Christmas Designer
Series Paper (DSP) i.e. Floral Boutique and A Little Foxy. This year, I
have allowed most of my Christmas DSP to run down really low which
meant I had to look for suitable alternatives! I was very pleasantly surprised by the
amount of options I could to choose from.   The designs on the Night of Navy card and the Smokey Slate are more or less the same. I made the blue card first and the only part of it I didn’t really like is the reindeer by the sentiment. 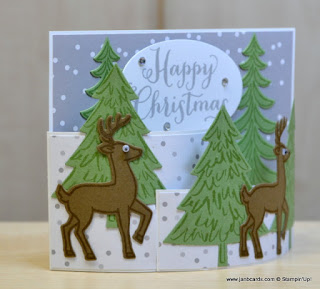 I also think the reindeer look rather snooty with their head cocked slightly in the air and their eye closed! LOL! I normally just draw the eye into a complete circle which gives a totally, more friendly look. 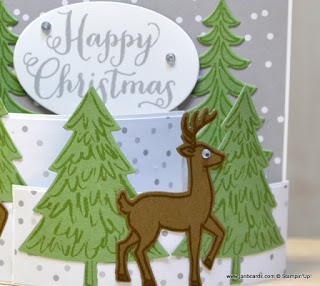 Since I bought the googly eyes – at the beginning of November, I seem to be using them on so many “living” images!

This is the last video before Christmas and you may have noticed, so far, I haven’t used any of the new products that’ll be available when the new Spring Catalogue goes live on 4th. January 2017. 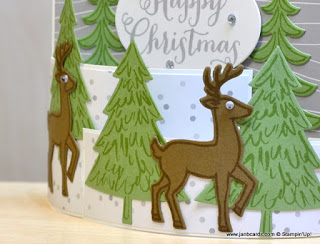 Also, I haven’t shared with you the goodies I’ve bought. Christmas is such a special time of the year, I wanted to make the most of it; and I have, and I’ve loved every minute of it. ☺

One of the ladies in my team, Denise, was in Berlin last weekend, with her husband, celebrating his birthday. Fortunately, they had left the Christmas Market at 3.30 pm the afternoon of the terrorist attack that happened later that day. 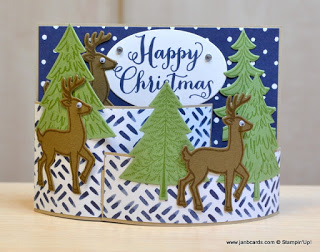 Finally, my new, free replacement integrated washing machine (WM) was delivered and fitted by a great team from a company named Kaboodle! Don’t you just love that name! The bad news is that when we had our kitchen refitted, about seven years ago, we didn’t realise they had been too economical with the work surface that runs above the WM, the dishwasher (DW), the sink and then to the end wall. 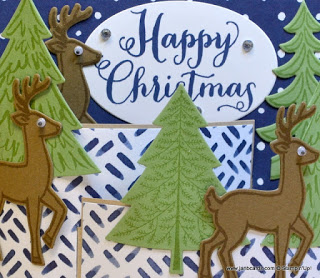 The problem this has caused is that there is no space for the pipes to go from the WM,  behind the DW to the sink without pulling the DW out first! This explains why our WM, never went back properly since the first repair, when the machine had to be pulled out! The nice man from Kaboodle said he’d pull the DW out so he could get the WM back properly.

Unfortunately, he found the centre back foot (don’t ask!) on the DW was on its last legs – sorry about the pun! – and would break as soon as he tried moving it. I told him there wasn’t much point doing it anyway, because we’ll be back to square one as soon as the WM needs to be repaired, and is pulled out again!!

Hubby is now on a mission! He’s trying to see if we can have a new work surface, of the correct depth, so the pipes will go from the WM, behind the DW, to the sink without having to move the DW! We also need to get the centre back foot replaced before it breaks! While all this is going on, hubby is also trying to see if we can have a new integrated cupboard to our wall-mounted boiler! We didn’t realise until several months after the kitchen had been finished, that hubby has to dismantled the entire cupboard for the gas company to come and service the boiler! The fitters hadn’t left enough room for the front cover to be removed! By the time we realised we had this problem, the company had gone under!!Lesson learned? Next new kitchen will be from one of the big companies! At least we’d be in with a chance to get problems sorted out!

I can’t believe it’s lunchtime already! Hubby is taking me out for dinner tonight – a little bit of us time! So until, tomorrow, happy crafting.