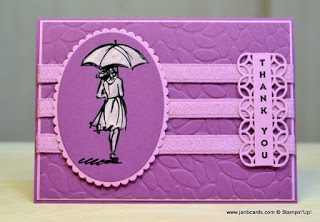 Fantastic news! Stampin’ Up! have been given the recognition they so richly deserve and have just announced:- 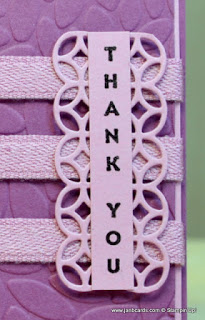 Stampin’ Up! gets the stamp of approval at the British Craft Awards 2017. 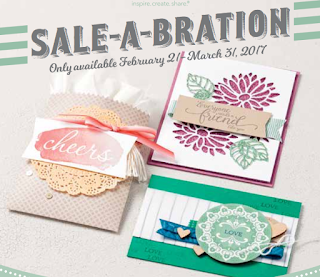 We
are absolutely thrilled to share the news that Stampin’ Up! has won
Papercraft Brand of the year 2017 and Papercraft Retailer of the year
2017 at the British Craft Awards 2017! The awards ceremony was held at
the NEC, Sunday 19th February.


As both awards were decided solely by votes from members of the
public, we would like to give a huge thanks to everyone who voted for
us. If that’s not all Stampin’ Up! Demonstrator Sam Hammond – Donald
also won Papercraft blog of the year at the British Craft Awards 2017 –
congratulations Sam!

Today
see’s the realease of three more Sale-a-bration gifts. These are
additional to the gifts already available, none have been withdrawn. Sale-a-bration – Second Release – View Here.

Today’s
card is my third and final bleached Beautiful You card. I’m sure
you’ll agree, the actual layout of each card is quite, quite different
from the other two!

I adhered
the top two layers together and wrapped three pieces of Sweet Sugarplum
3/8″ Succulent Garden Ribbon from the combo pack – the other colour in
the pack is Whisper White – around horizontally. 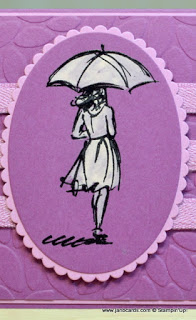 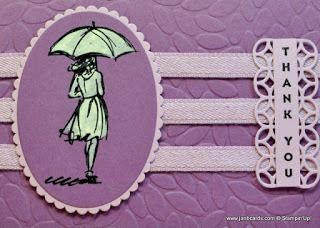 This ribbon is amazingly
soft and it’s so smooth to stroke, just like a cat! LOL!

I
adhered this layer onto the card base making sure I put extra Tombow on
top of the ribbon ends I’d folded over from the front.

I
die cut the image using a straight cut Layering Oval Framelits Die, and at the
same time, I also die cut a layer of Blushing Bride CS using a scallop
oval from the same set of dies. 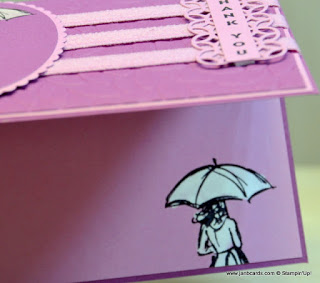 I adhered the image in place by putting
the Dimensionals directly onto the card front so I knew they weren’t on
top of the ribbon.

I
chose the THANK YOU sentiment from the Vertical Sayings Stamp Set. I
heat emboseed it using black embossing powder onto a piece of Sweet
Sugarplum CS. I thought it looked rather small against the layout of my
card and had a look to see what I could do to increase the size without
just layering onto a larger piece of Rich Razzleberry CS.

If I did this it would
then need another layer of Sweet Sugarplum CS so it didn’t disappeared
against  Sugarplum background!
I
decided to used the long “lacey” trim die in the Flourish Thinlits
dies. I thought cutting one strip in half wouldn’t be thick enough, so I
compromised and cut off almost a third. 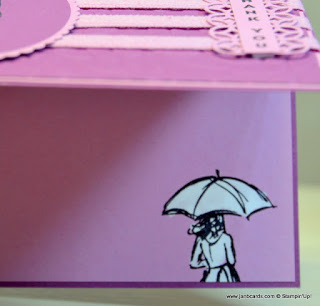 I adhered the two remaining
two-third strips behind the sentiment and it worked like a dream!
To
finish off my card, I heat embossed just over half of the umbrella lady onto
a sheet of Sweet Sugarplum CS, and then painted inside the image with
bleach. I allowed the bleach sufficient time to dry and then adhered the
layer inside my card!

I hope you give this technique a try, it really is fascinating!  That’s about it for today. Until tomorrow, happy crafting.