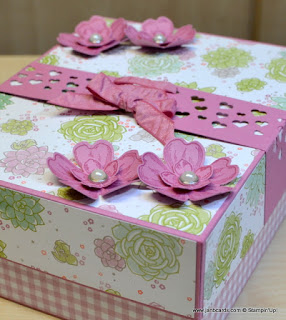 I
have some really very, very exciting news to share today – yesterday, I
promoted to Silver Elite with Stampin’ Up!

This has been possible
because one of the ladies in my team promoted to Silver. Audrey met
the required level of sales and has started recruiting. Big congratulations to Audrey!

The main benefit
for being Silver Elite is that I’ll now be able to go to CentreStage
when Stampin’ Up! hold their Conventions, so I have something extra to
look forward to when we go to Amsterdam in April. 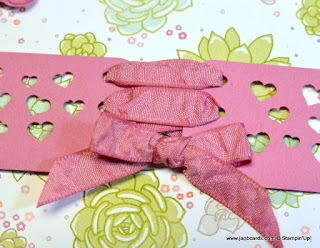 I’m
not quite sure what happened when I was editing today’s video last
night, but it didn’t allow me the option to Schedule the time I wanted
it to go live – it just Published it!

This is not a planned change and I’mstill planning on publishing my videos on Wednesdays and Sundays!

No doubt it was down to something I
did but I don’t have a clue what that was.

I
have called my project Sietie’s Box after the lady from the Netherlands who requested it. 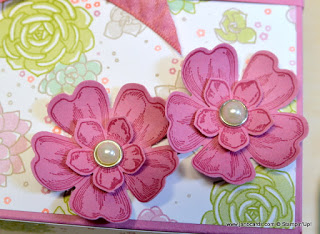 Sietie gave me the measurements she wanted the finished box to be and I
set to work.

Looking at the feedback I’ve received so far on my video, it looks like this has been well received! ☺ 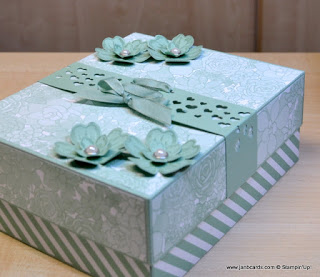 (Please ask if there’s something you’d like to see on video – if I can do it, I’ll be more than happy to!)

Needless to say, I loved the challenge and became totally
absorbed in what I was doing!

I finished making the box and went on to decorate it – see the last three photographs of the Delightful Dijon Box. 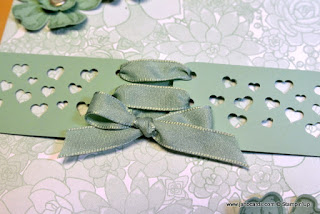 Once I had finished the box, I decided to
make a video of it.

I changed the decoration to include a laced-up faux
belly band.

Between making the original box and the video, I saw a
project where the creator had made small belly bands using the So
Detailed Thinlits. 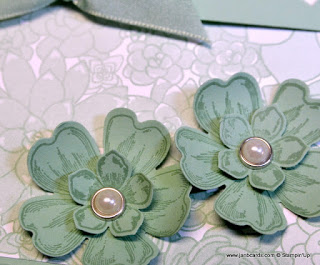 It reminded me of a wedding card I made quite some
time ago – I don’t think I made a video of it – where I had used ribbons
coming in from both sides to a central point.

I must have a photograph
of it somewhere and I will try and sort it out.

So I changed the colour scheme to Mint Macaroon and made another box.

As I was working on it, I decided that I would decorate the box without using my Big Shot. 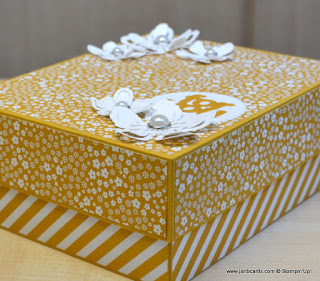 I have a customer who is a new crafter and doesn’t have a Big Shot yet, although it is on her wish list!

I decided to use this project as an example that equally gorgeous designs can be accomplished using punches.

The decoaration on the Delightful Dijon Box was created largely using the Botanical Builder Framelits dies to make the flowers.

The FOR YOU was die cut from a die in the Mini Treat Bag Framelis Dies. 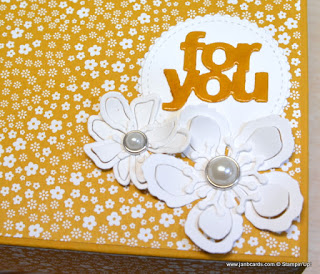 I covered it with our fine point glue and allowed it to dry, which gave the same effect as our retired product called Crystal Effects gave.

Well, that’s about it for today. My daughter is due over shortly and we’re off out shopping for a wedding dress. So excited!