What
a fabulous day I had yesterday with my friend Evelyn! Although we
haven’t seen each other for a few years, our conversation just picked up
from where we left off!

We filled in the missing gaps, reminicsed,
laughed, giggled and shopped.Can’t wait to do the same again, some time
soon! 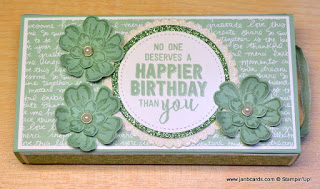 This
morning I uploaded my YouTube Video which shows how to make this Poppin
Box and the tray and cover it’s housed in. If you saw
yesterday’s blog, you’ll know I was uncertain whether I should
split the video into two smaller videos –

I decided to keep it as one video.

On
Monday evening, before I went to bed, I went to have another couple of
plays with the green Poppin Box and was really disappointed to find the
elastic band had broken! 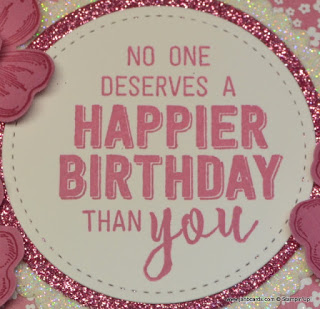 I didn’t expect to have any chance of fixing
this as the mechanism was inside the cube!

While
I was shopping yesterday, I bought some new elastic bands and decided
to see if I could fix the problem. I didn’t have any bands in the new
bag the right size to replace the broken one so I decided to take a larger band and
fold it in half! It was easy to pull out the broken band but it was a
bit of an effort to get the new one in.

I did it by lifting the
triangular fold immediately above the “fish face” upwards and pushing
the opposite side downwards. I put the folded band around my index and
third finger and manoeuvred the double band into position. 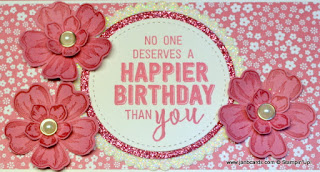 Without letting the band go, I manoeuvred it – successfully – over the opposite end!

Since
making the video, I’ve been thinking about getting more than just four
letters around the box and yes, there’s certainly enough space to put
two on each side. This is what I’d do:- 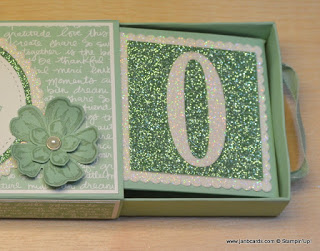 Five letters – I’d
do two letters on the first two sides, then the fifth letter on the
third side with a small heart, or something similar as a “full stop”
after the fifth letter, and then a large heart or sentiment on the
fourth
side!

Six letters – I’d do two letters on each of the first three sides and then a large heart or sentiment on the fourth
side!

Seven letters – I’d
do two letters on the first three sides, and then a large heart or sentiment on the
fourth
side!

I have posted six templates to go with this vide on my PHOTO GALLERY page. If you want to print them off, you’ll need to do a “copy & paste”.

That’s it from me today. I’m off to make some more wedding invitations. Until tomoorow, Happy crafting.