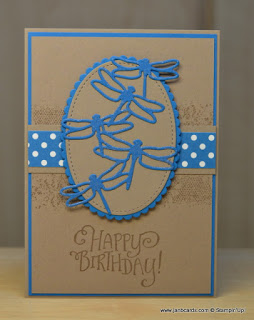 I had a lot of fun because I did two
classes – that’s the same class repeated.

I used the Beautiful You Stamp
Set and used the two cards and the 3D project we made to demonstrate
three different ways to “colour” the ladies!

I’m hoping to use these
three projects as my first online class, which is something I’ll be
looking into seriously next week.

I’m now on the final countdown for THE
wedding this coming Staurday! 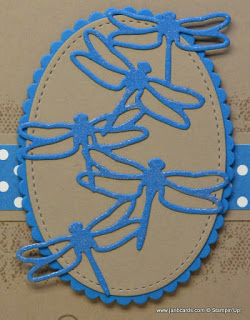 Today’s
card was inspired by the swap I received from Laurence Desnos recently
at OnStage in Amsterdam at the beginning of this month – please see last
photograph.

This is a great example of how swaps should work!

A swap is
designed to give us ideas, so we can use the idea to carry on and
design a card or project around it.

When I looked at this swap I was inspired by
the tone on tone cardstock (CS), which has been highlighted by some tone
on tone stamping.

A contrast colour and pattern have been introduced to
make this card very pleasing on the eye.

Many thanks, Laurence, your
swap is lovely.

I’ve
changed quite a few elements of Laurence’s card but I don’t think
there’s any mistaking that I was inspired by her swap! 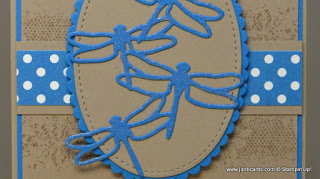 I
die cut the trail of dragonflies using the Detailed Dragonflies Dies
and Pacific Point CS.

Then I painted the die cut dragonflies with the
Clear Wink of Stella Glitter Pen. 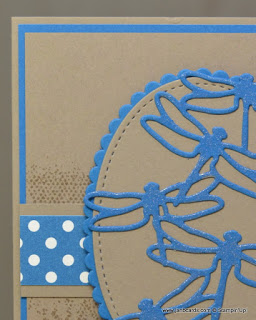 I adhered the two
ovals together using Tombow, and then I adhered the dragonflies on top,
allowing them to come over the edge.

One of the other swaps I received in Amsterdam,
which was from Christiane Knapp von StempelPalast, showed some flowers
die cut from the Botanical Garden Dies which went over the edge of the
oval “frame”.

When I shared this swap in my video, I said how much I
liked this idea. 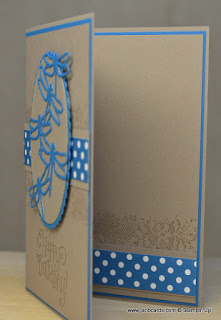 I liked it so much, I used the idea for todays card,
too!

I
chose the Happy Birthday sentiment from the Better Together Stamp Set
and stamped it close to the bottom of the front layer, using Tip Top
Taupe Ink.

I cut a one inch wide strip of Tip Top Taupe CS and a
three-quarters of an inch strip of the Pacific Point Designer Series
Paper (DSP) Stack.

To
decide where I wanted this to go on my card front, I adhered the two
strips together, laid them on my card, and then laid the oval on, too.

When the
placement looked balanced, I drew pencil marks on the left- and right-
hand sides, at the top and bottom of the strip. 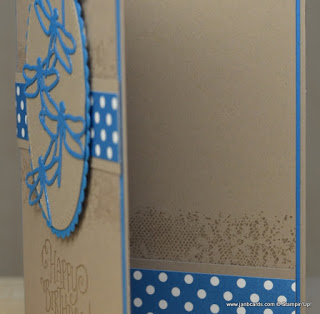 The
stamp I used to decorate above and below where the strip was going is
from the Touches of Texuture Stamp Set.

I moved the strip and oval out
of the way, and stamped once, turned the stamp 180° and stamped again,
both times level with the pencil marks.

I adhered the card together using Tombow except for the oval, which has been adhered with Dimensionals. 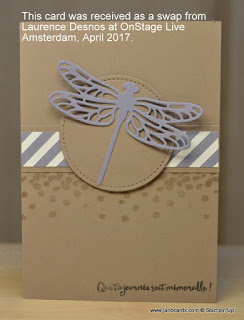 Finally,
I adhered a layer each of Pacific Point and Tip Top Taupe CS inside the
card, and decorated the base to match the strip on the outside of the
card.