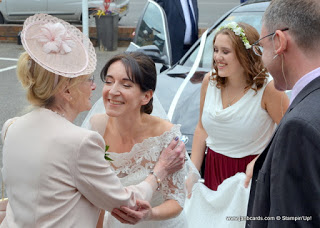 The sun shone, the temperature was mild and Vicki looked stunning!

Everything about yesterday was just so beautiful. 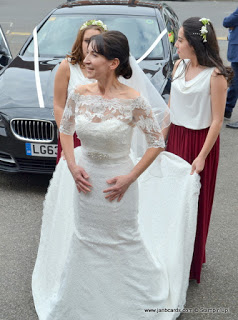 On our
way to the Church, we made a slight detour to collect my nephew and his
wife, Terry and Rona.

Hazel, the lady from the church, took the framed
posters I’d made, and put them on the three tables where the tags were
going to be.

As we’d
arrived in plenty of time, I was able to take photographs of some of the
church decorations. 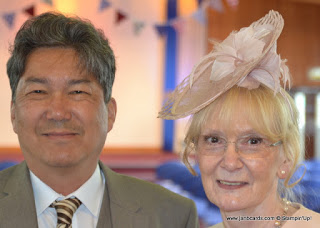 I stopped taking photographs after Vicki had
arrived and I’d had a chance to give her a big hug and a kiss.

I’ve
edited my photographs, but I haven’t had a chance to look at hubby’s
photographs yet. 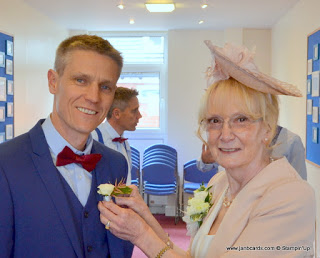 The photographs from the professional photographer will
be ready in two weeks time!

Although this seems like a lifetime away,
it works out brilliantly for Leigh and Vicki as they will be back from
their honeymoon in New York by then.

All photographs are left to right:-

Photograph 1 – me, Vicki, Libby – my new granddaughter, Kevin, the pastor. 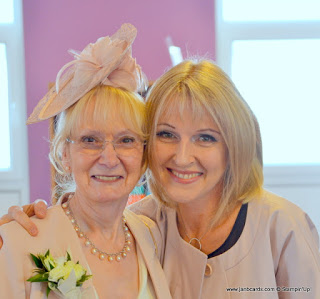 Photographer 3 – Hubby Othman, and me.

Photograph 4 – Leigh and me.

I was asked to pose for a photograph pinning Leigh’s buttonhole on.

I was amazed there was a magnet wrapped behind the stems of the carnation and leaves.

I had to just pop the other magnet at the back of Leigh’s lapel. 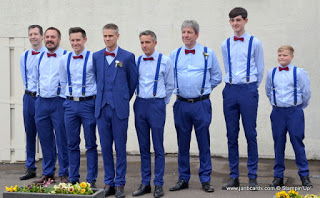 What an excellent idea, is that?

Photograph 5 – Me and Sasha, my son Leigh’s partner. 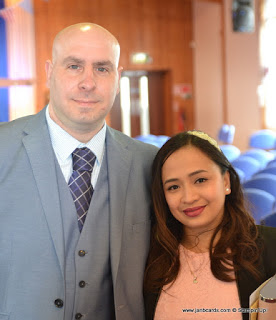 I have more photographs to share, so I’ve set up another page called The Wedding. 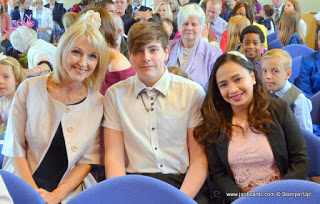 When I add more, I’ll put a note in my blog so you can choose if you would like to see them! ☺

I hope you’re enjoying a fabulous weekend, and until tomorrow, happy crafting.