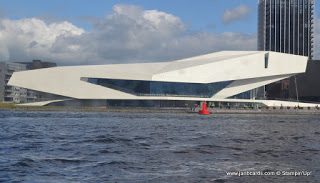 We’re
all packed and ready to shoot off to the airport.

This is the link for the European Retiring List.

The canal cruise
yesterday was great but too many facts and figures to remember! 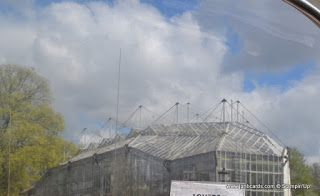 The one
that really stuck in my mind is that there are 2500 house boats moored
on the canals, and the authorities won’t be allowing anymore.

They came into being after
the second world war to help out with the housing shortage.

It was only
whilst on the cruise we saw there was a houseboat opened as a museum and you
could go onboard to see what they look like inside. 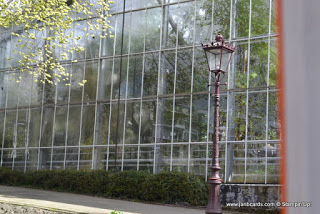 I wished I’d known
about that sooner, I would have paid a visit.

I’ve posted a few photographs from the trip but please remember
they were taken from a covered canal boat! 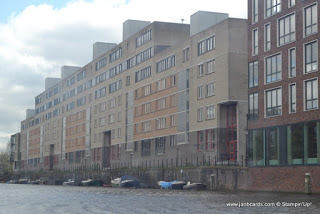 Photographs 2 & 3 – a “greenhouse” that houses lots of exotic plants including a lily that only flowers once a year and that’s at night!

Photograph 4 – part of the largest complex in Amsterdam where warehouses have been converted to apartments.

Photographs 5 – a replica of a galleon that  sunk not far from Amsterdam. 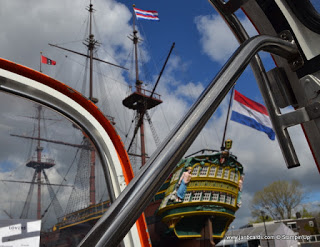 This replica was build by youngsters as part of a challenge.

This is something else we would have visited had we known about it earlier.

Photograph 7 – one of the canal cruise boats. 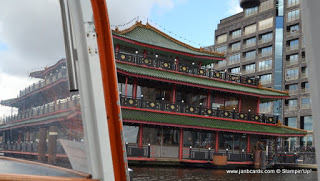 Must dash – we don’t want to miss our flight!

Now that I know I’m on my way home, I can’t wait to get back in my craft room. 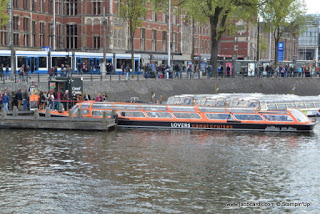