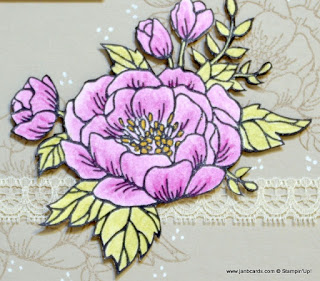 I
shared this card with you three weeks ago and said I was planning a
video!

Better late than never, but when I posted this card on 21st April
2017, I said I was experimenting with a die cut oval rather than fussy
cutting.

Unfortunately, I had forgotten that I said this and didn’t
do any experimenting!

I apologise for my oversight! 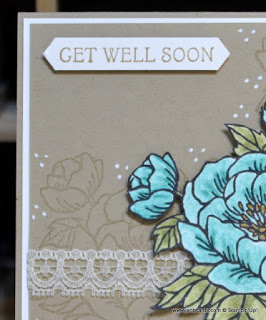 For
the video I used Bermuda Bay for the flowers and I think it looks
fabulous.

Immeditely before recording the video, I made the Rich
Razzleberry card.

I made a mistake when I was making it but it’s one of
those mistakes that nobody would notice if I didn’t mention it.

The
mistake was that I used Sahara Sand Cardstock (CS) but Tip Top Taupe
Ink!

Fortunately, I’d stamped off once before stamping the background and
it blends in beautifully! 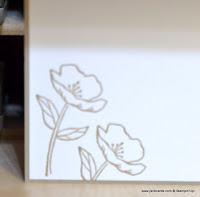 But I made a much bigger boo-boo in the video when putting the card together – I’ve left the boo-boo in! 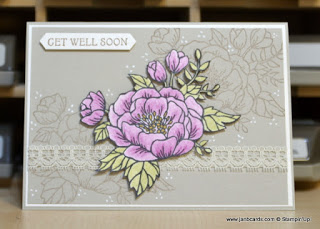 I
adhered the Shimmery White layer onto the card base, and put Tombow on
the back of the top layer, when I suddenly remembered I hadn’t put my
ribbon around the top two layers. 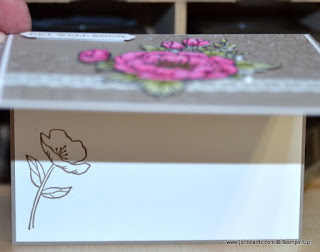 It was too late to worry about the
middle layer but I still had time to put the ribbon around the top layer
only!

I managed to get the ribbon adhered round the front of the card but it’s not as taut as I like it to be!

This morning I’m off to the hairdressers – two hours that I could be crafting! LOL!