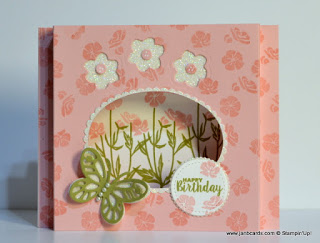 I’m
thrilled to let you know I’ve earned the 2018 Incentive Trip to Alaska!
I’d like to say a HUGE THANK YOU to all my wonderful customers, my
wonderful team of Super Stars, and of course, hubby, my linchpin!

Today’s
video is the one I promised on Monday when I shared Sasha’s birthday
card.

As I explained, when I’m making personal cards for family and
friends, I do use retired Stampin’ Up! products. 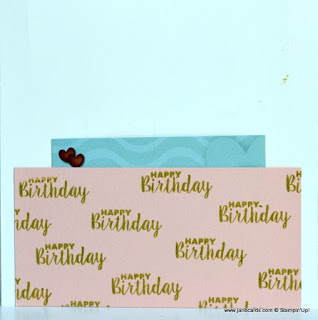 On Sasha’s card it was
the Little Letters Thinlits that I’d used to die cut her name.

For the
video, I changed that for flowers using a die from the new Seasonal
Layers Thinlits that will be available in the new catalogue next
Thursday.

The colour I used for the first card I show on the video is Berry Burst and the pale pink is Powder Pink. 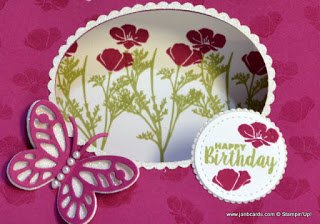 I adhered 1/4″ circles of cardstock in the centres of the flowers, and used three different ideas on the three cards I made, of decorating the inside of the flowers!

On the Berry Burst card – see the second photograph – I used Tombow to adhere three of the tiny Basic Pearls.

These looked lovely but were so fiddly I looked for a different option on the video.

I chose to use my white gel pen to make the three dots in the centre of each flower – see photograph 7. 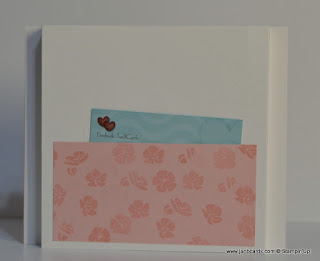 I made a third card because I had most of the elements partially ready!

This was the result of having to abort the first video about fifteen minutes in.

I made a mistake that I felt would cause confusion rather than help to show a way out of a problem!

On this third card I used one of the medium Basic Pearls for each flower centre – see photograph 8. 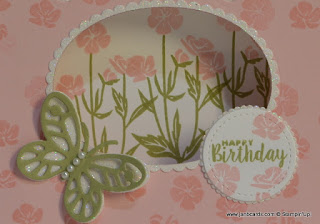 On the Berry Burst card I made the butterfly in Berry Burst, but I used Pear Pizzazz for the Powder Pink Card.

Personally I prefer the green butterfly but you can see them both and decide which way you prefer.

Another option is to use the sentiment to stamp decorate the back Gift Card pocket – see photograph 3 – this is definitely my preference.