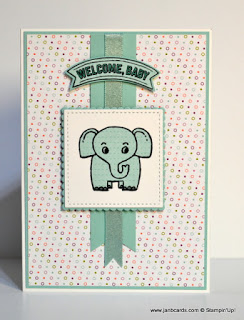 I hope you’ve enjoyed the weekend.

We’ve had a super heatwave this weekend, and which looks like it’s going to continue.

Lovely practice for what it will be like in Thailand in three weeks time!

Yesterday I had a play with the new A Little Wild Stamp Set.

Although it has
a co-ordinating set of framelits, called Little Loves, I didn’t use the for
this card. 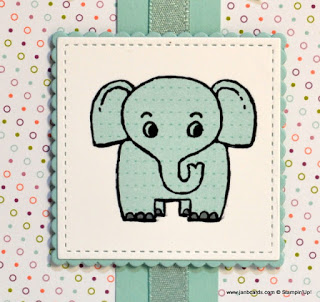 The framelits have been designed to cut a tag that folds in half,
therefore you’d see the front of the elephant on one side and the rear of the
enlephant on the back of the tag!

It’s a brilliant idea but I needed to check
something out before I get that far!

The elephant has his eyes closed on the stamp – see the elephant on the
inside of the card – but I opened them for him! LOL!

I think my elephant looks
so much cuter – don’t you?

Later today, I’ll draw the eyes on the inside elephant now that
you’ve seen him with his eyes closed!

To make today’s card I started with a Whisper White Cardstock (CS) base,
then a layer of Pool Party CS, and a top layer of a design from the Petal Garden
Designer Series Paper (DSP) Stack. 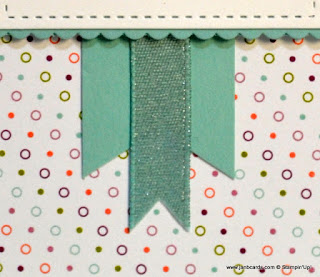 In the last photograph, you can see the two
sheets I used for paper piecing the elephant and the sentiment.

I was very careful
about the area I used for my elephant and sentiment, so I didn’t encroach on the flowers.

This
DSP co-ordinates with our Memories & More Collection, which I’ll be working with soon, which is why I tried not to damage the flowers!

The elephant, like the bear and the lion in the
same stamp set, is a “double” stamp as in it has front and a back
that can be die cut and folded in half to form a tag. 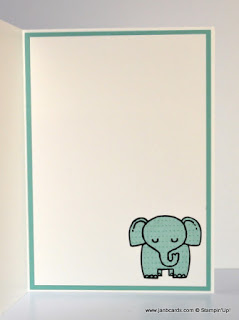 To stamp the single elephants, I put tape over the back half of the
elephant, cheap tramadol from india inked the stamp, removed the tape, and stamped the elephant on a
square of Whisper White CS.

I repeated this twice more on the DSP.

I stamped
the sentiment onto another piece of DSP – I didn’t want to get too close to the flowers! – and then I fussy cut them all.

Using my Pool Party Marker Pen, I coloured the insides of the letters. 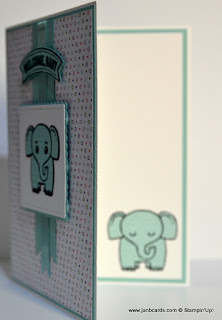 I could have used the framelit for the elephant
and the Duet Banner Punch for the sentiment but neither would have cut as close
as I wanted them.

I used the punch for a Pool Party layer for the
sentiment I had previously cut out by hand.

I die cut the elephant using the Stitched
Shape Framlit square die no. 2, and layered it on a square I’d die cut using
the Layering Squares Framelits, scallop die no. 7.

For the fish-tailed banner I
took a one inch strip of Pool Party CS and punch the end using the Triple
Banner Punch.

I used SNAIL to attached some 3/8″ Shimmer Ribbon in Pool Party to this banner, and fish-tailed the end by hand. 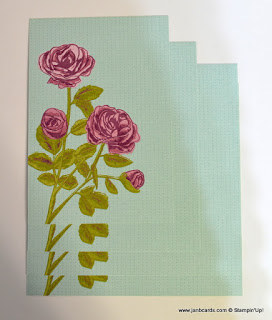 Ideally, it would be best to
adhere the ribbon before the Pool Party layer is adhered to the card base! DOH!

If you miss that opportunity like I did, adhere the ribbon at the back
of the banner.

The slight bump doesn’t notice, and in actual fact offers a
bit of extra support to the sentiment which only has one Mini Glue Dot at
either end as support!

To finish my card I added a Pool Party and a Whisper White CS layer inside and adhered the second elephant in the bottom right hand corner.

That’s about it for today. I hope you have a great week, and until tomorrow,
happy crafting.

PS I’ve just added five photographs of my stand at the Warlingham Village Fair last Saturday. They can be seen on the Photo Gallery Page. ☺