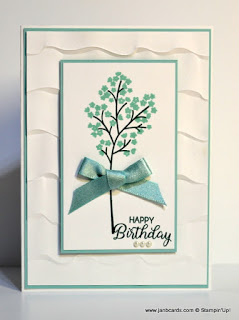 Thank
you for all the kind words of support I have received on the loss of
our dear friend Liz, both here and by email.

The funeral will be next
Friday.

Not surprisingly, Liz had made all the arrangements for her
funeral quite some time ago! 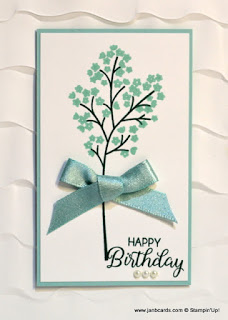 I
spent the day in my studio yesterday continuing with the big clear out I
started on Monday. I’m about half way through having done the easy half
first!

One
of the jobs I did during my clearout yesterday, was to go through my
rather large box of the swaps I’ve been collecting since 2012! 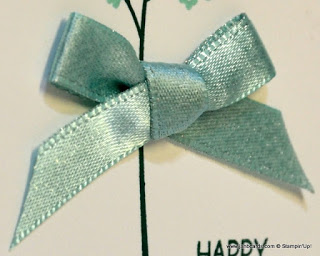 I looked
at each one again and then decided which ones I’d keep and which ones
I’d throw away!

Eeek! That was not easy!

In fact I felt very guilty
throwing them away, but I took a deep breath and went for it! 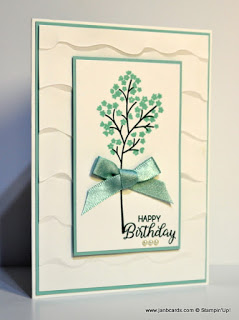 Yesterday
evening, I spent a little while crafting and used the Beautiful Bouquet
Stamp Set again.

I also used another two new products I want to share
with you. 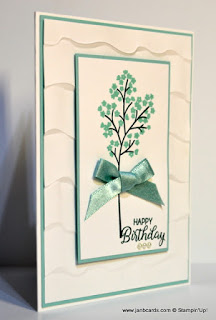 I used it on the Whisper White Cardstock (CS) layer
behind the flower image.

The effect is stunning!

Recently I have started
to take a dislike to plain white backgrounds and this sorts that
problem out beautifully. 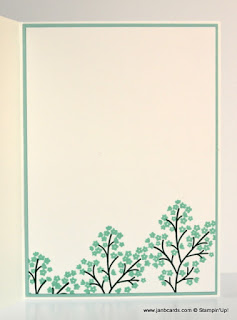 The “decoration” on the background layer is
absolutely minimal but obvious enough to stop the layer being palin
white.

Not only does this embossing folder create the obvious ruffle
lines going across the card horizontally, but it also creates “bumps”
going vertically from one horizontal ruffle line down to the next.

You can see what I mean in the photographs! 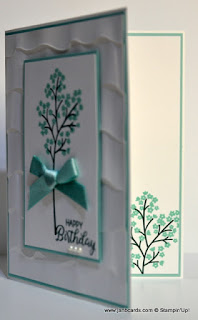 To make this card I
used Pool Party and Whisper White CS, and did the stamping with Pool
Party and Tranquil Tide Ink.

The sentiment is also from Beautiful
Bouquet Stamp Set.

There is a co-ordinating Die set called Bouquet Punch
Framelits, which is available with the stamp set and saves 10%!

Another
new product I’ve used on this card is the sparkly 3/8″ Shimmer Ribbon
in Pool Party.

I decorated the inside of the card using the lower part of
the flowers and branches.