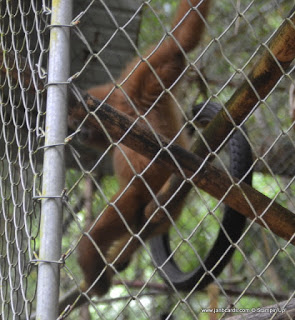 Yesterday
we decided to visit the highest waterfall in Phuket.

We booked a taxi
to take us there, and then to wait for us to bring us home. 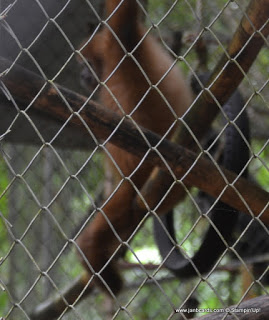 It appears to be
normal that taxi drivers will wait while their passengers visit the
place they take them to, and then bring back again. 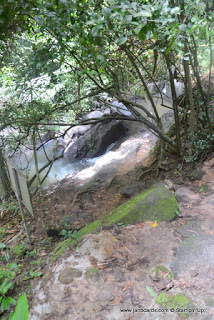 We read the poster
our driver had in his car, and it said up to a three-hour wait was
complementary!

I don’t know if this is widespread in Phuket or Thailand,
but what a fantastic idea! 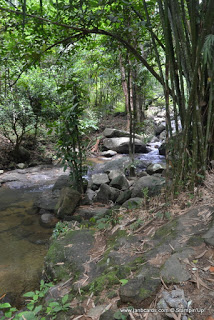 It has saved us from hiring a car, which was
part of our plan for this week.

However, having been caught up in traffic jams
caused by accidents, spoken to taxi drivers about the driving laws – or lack of them! – and also
witnessed the local driving, we weren’t in too much of a hurry to hire a
car! 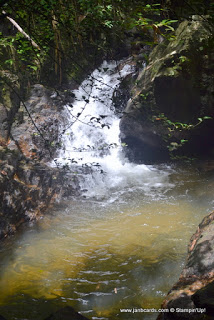 When
we arrived at the Bang Pae Waterfall, our driver parked his car and
explained the animal noise we could hear was from the gibbons in the
Gibbon Sanctuary. 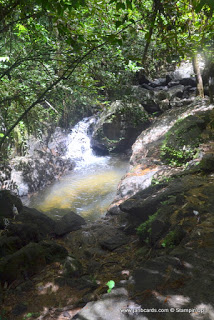 We decided to go in and have a look.

A young English
guy called Nathan, came over and asked if we’d like him to explain the
work they do at the sanctuary.

He said he arrived a little while ago
with his wife, to help the Thai people run the sanctuary and look after
the gibbons. 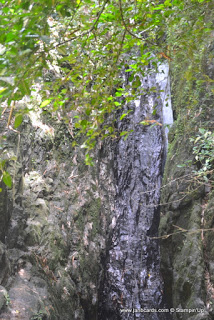 Their aim is to rehabilate them, get them breeding as a
family unit so it’s safe to release them back into the wild.

Originally,
they realeased the gibbons in pairs but they found they don’t always
stay together, which can be detrimental to either one of the pair. 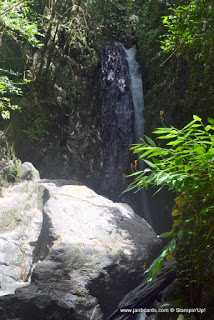 They
have found that if they breed in captivity and released into the wild
under controlled circumstances, they will stay as a family unit.

The
gibbons in the sanctuary have all been rescued from pubs, bars, etc.
where they are used as photographic props for tourists, or they’ve been
taken from the jungle and used as pets. 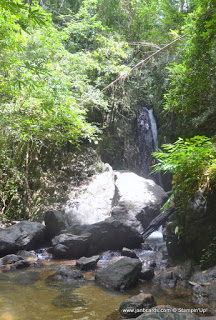 They
have just two gibbons who will never be released into the wild again.

The female had one foot and one hand cut off! This was done by a man who
had her as a pet.

The gibbon bit the man’s daughter, and this was the
punishment metered out by the man!

The
other gibbon is a 30-year-old male, who was released once as part of a
family, but he kept coming back to the sanctuary.

Eventually it was
decided to keep him in a cage, and he certainly appears to be happy – he was too busy swinging around his cage for me to be able to take a photograph of him!!  The only photograph I did manage is so blurred!

One
day, Nathan found a gibbon wandering around the sanctuary, and at first
thought one of them had escaped from his cage.

After checking, realised
it was a “visitor”. Long story short. It was the 30-year-old gibbon’s
son coming to see his father!

Apparently he pops back every now and
again to visit!