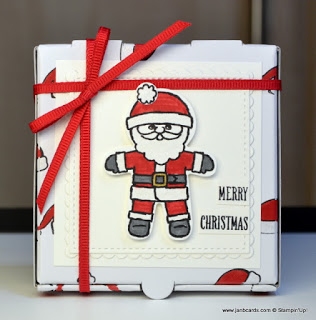 This
morning I uploaded my video which shows how to make five Santa 3″ x 3″
Christmas cards for one of our Pizza boxes, which I’ve also decorated.

Fortunately we sell 3″ x 3″ envelopes for these cards so no need to give the
Envelope Punch Board a work out!

I’ve had this idea since I shared the box of 3″ x 3″ cards I made using the
Hostess Merry Patterns Stamp Set.
I shared this project on my blog on 9th September.

I took the Santa’s box further by decorating it by stamping allover the outside using the Santa
hat outline stamp from the Santa’s Suit Stamp Set.

I coloured the hats
using a Real Red Marker pen, although I could have used the infill
stamnp that comes in the set.

I decided against that route because I
wasn’t sure how easy it’d be to stamp over the score line channels.

I
felt that a Marker Pen would leave a much smaller white gap. 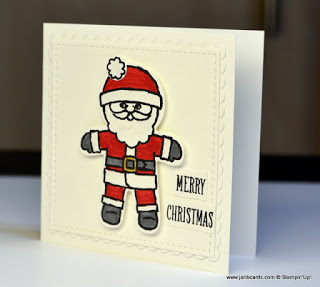 In
the video, I show some other boxes I have decorated using different methods rather than layering
with cardstock (CS) and/or Designer Series Paper (DSP).

My first attempt
was while I was at Natalie’s training last Sunday.

We were using these
boxes and the instructions included decorating the boxes with the CS and
DSP.

I was chatting with the other two ladies on the same table, and we
started discussing other ways of decorating the boxes! 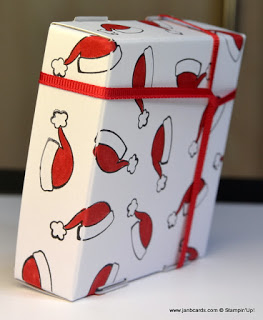 We all decided to have a go by stamping all over the box.

We used Sahara Sand Ink and snowflake-type stamps that were available.

The effect was beautiful!

Later that evening, when I went into my
studio, I started experimenting with heat embossing the boxes, one with
Gold Embossing Powder and then one with Silver Embossing Powder. 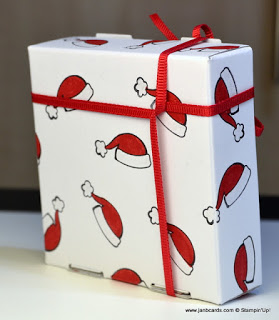 One very important lesson I learned was to allow the boxes to cool
down totally before starting to fold them!

If the boxes are still
warm when you fold them, the top layer of the box cardstock splits!

No
prizes for guessing how I found that out!

On the video, I show the worst
of the splits. 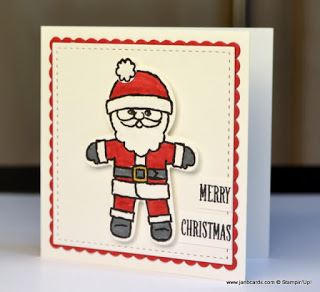 As
I had been experimenting with decorating the Pizza Boxes, I finished up
with three beautifully decorated boxes.

I didn’t have a plan to use them in a project, so I found an alternative use for them! 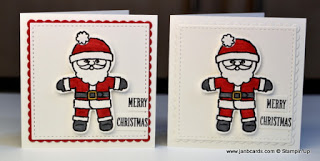 Obviously these boxes are ideal for the job,
and they make it so easy to keep everything organised.

I’ll be using a
fourth one for keeping bits and pieces made for 3×3 cards but not
actually used!

The Pizza Boxes are Food Safe and have a shiny inside surface.

I don’t recommend decorating the actual outside box surface if you’re using the box for food. 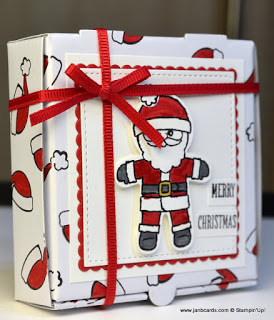 A suitable alternative would be to decorate using layers of CS and DSP, without adhering anything that’s going to be placed inside the box i.e. the side and front flaps of the lid (which tuck inside the box to close it).