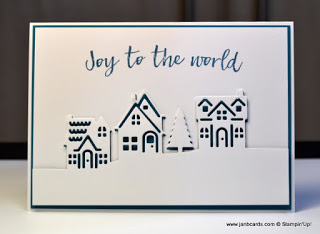 Last week I saw a card on Pinterest, and wasn’t quite sure how it was made.

Initially I thought the die from the
Hometown Greetings Edgelits Dies had been used to die cut the houses
from a Whisper White Cardstock (CS) layer, and then adhered back down
having been moved over very slightly, so the coloured cardstock showed
through, rather like a shadow. 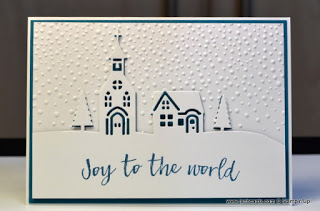 It was a very striking card, and it made me wonder if I could
make an eclipse-type card using this die set.

Today,
I’m sharing my first two attempts at this idea!

Neither of them are
quite right, but I’m still happy with the way they’ve turned out. 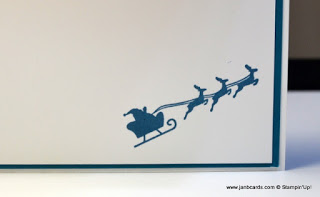 The
first card I made was the card with three houses and one Christmas tree,
and between the two of them.

This is probably my favourite!

I had a problem when I was putting the Dimensionals on the back of the die cuts,
because there were a lot of small intricate die cuts.

In some places I found it almost
impossible to cut such tiny pieces of Dimensionals to provide enough
support for parts of the rooves!

For the second card I
decided to use the die that has the Church, one house and two trees on it.

I’d looked closely at the other dies in the set to see which ones, if any, had less-intricate rooves, and therefore it’d be easy to fit small pieces of Dimensionals at the back. 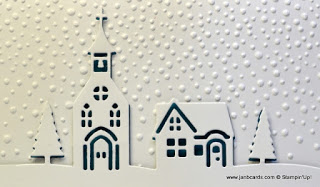 Before I adhered the top half onto
the Island Indigo CS layer, I ran it through the Softly Falling
Embossing Folder.

I stamped the sentiment, which is from Hearts Come
Home Stamp Set before I started the die cutting. 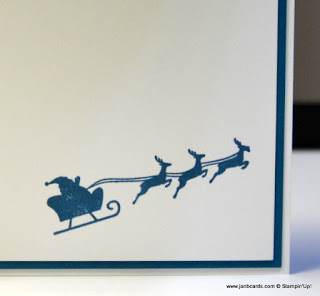 I
love the addition of the falling snow, and  for my third and final card,
I want to take two top layers of Whisper White CS.

Then I want to die
cut the scene once from each piece of cardstock.

My aim is to have
some extra Whisper White CS that goes lower down, under the bottom half
of the scene.

Without trying this, I don’t know if it will look any
better or not.

I have a slight criticism about my Church scene card,
and that is, aesthetically, the die cut scene is too high.

It would have looked better
had the Church not been almost touching the top, and if there was less
spare space around the sentiment. 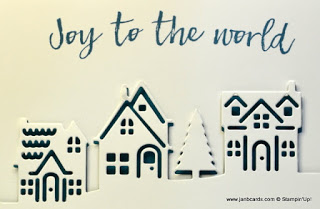 As I said, it’s just a small criticism
– I still think it’s a great card!

I
have my class today and must go and get myself organised!

I hope you
have a great weekend, and until tomorroow, happy crafting! 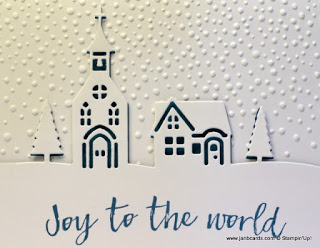