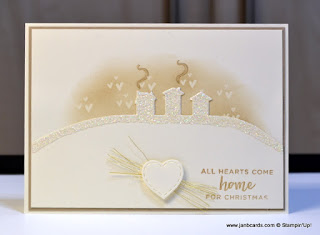 Earlier
today I uploaded my video showing how I made the Hearts Come Home card
– version 2!

When I shared version 1 last Friday, I explained that I
cased the card from a swap I’d received the previous weekend at
Convention. 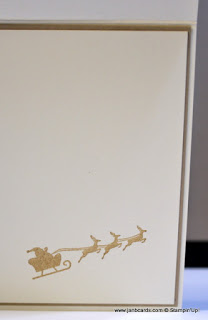 I was disappointed that I hadn’t been able to achieve the same result as the
original creator had, so I emailed her and asked how she did it.

I
followed her process in the video, and oh boy, what a difference!

Whereas
I’d sponged the sky first, and then stamped the small hearts on top
using Clear Embossing Powder, Laura  – www.lauramackie.co.uk –  did her
stamping and heat embossing before she did her sponging.

The difference
is amazing.

The splodge stamp Laura used for her sky was from the Swirly
Bird Stamp Set, which I don’t have, so I had to find an alternative.

As
the stamp set is call Hearts Come Home, I thought the hearts stamp was a
good idea.

The colour I used for the video was Wild Wasabi with Very
Vanilla, although I think it looks alright, I wouldn’t choose it again. 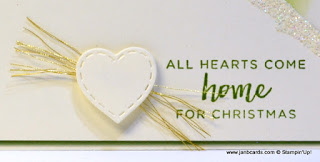 As
always, before I started making the video, I made another card to
remind myself of the process I had to follow.

For this card I chose Crumb
Cake, partly because I wanted to know what this design would look like
in a light colour; I think it looks great with Very Vanilla. 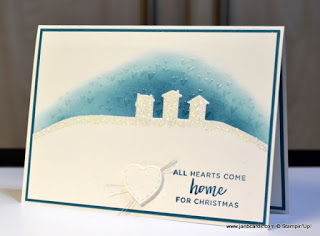 On this
card, I also tried the smoke stamp for the chimneys, and really didn’t
like it at all!

We’re told to work in odd numbers, but I couldn’t
bring myself to put the third smoke spiral on a house without a chimney!
LOL.

I
also pleased with the way I’ve learned how to use the Metallic Thread
without making my card looking untidy!

One of my demo friends,
Rebecca Willmore – www.facebook.com/catnipcrafting – who had made a cat match book with a cat scissor charm inside as her swap, and embellished the tail
with some Silver Metallic Thread.

She had cut several short lengths, rather than leaving them as unruly loops, and I thought it looked
great.

Whenever I’ve tried making unruly loops I’ve always eneded up
with an unruly mess!
Thanks for sharing this idea Rebecca – I love it!

That’s it for today. I hope you enjoy the video. Until tomorrow, happy crafting.