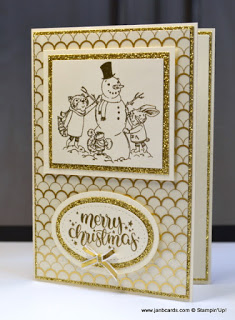 This year I am
so much better organised than I have been for the last few Christmases –
do you remember the one I was still making my Christmas cards on
Christmas Eve? Never again!

I only have another fifteen cards to write out today and post,
and that’s me finished!

It’s really unusual for me to get them done this
quickly; I generally finish up having to pay first class post because
I’m lastminute . com!

Today’s
card is gold, gold, and more gold, but what a wonderful selection of
goodies we have to play with. 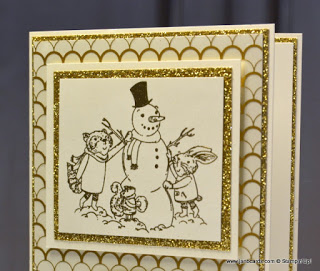 I think the Fabulous Foil Designer Acetate
gets very neglected, but it packs such a WOW! product!

I took a piece of the
Foil Acetate that’s exactly the same size as the top Very Vanilla layer,
and adhered the two together using the Fine Tip Glue Pen. 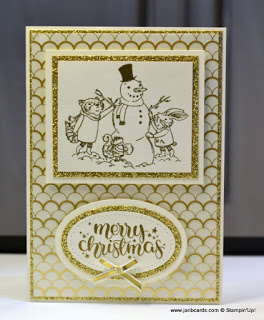 I did this by
putting a small dot of Glue in each corner and a fair amount underneath
the two areas that I knew would be covered by the image and the
sentiment.

Considering the amount of Glue I was able to use in these two
areas, I don’t really think I needed to put any in the four exposed
corners!

I was pleasantly surprised at how little the corner Glue can be seen – see the last photograph.

I
heat-embossed the snowman stamp, and the sentiment from the Mistletoe
Friends Stamp Set using Gold Embossing Powder on Very Vanilla CS.

Then I layered them on a piece of Gold Glimmer Paper,
and then on to a piece of Very Vanilla CS. 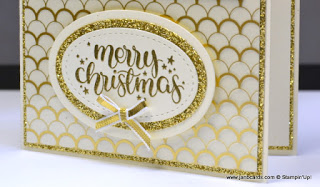 I attached them both to the acetate layer using
Dimensionals.

Inside
the card I added a layer of Gold Glimmer Paper and a layer of Very
Vanilla CS, but was at a loss how to decorate it! 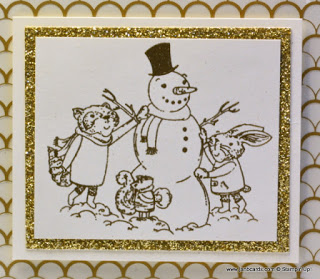 Maybe I’ll add a
strip of Acetate on top of a strip of Very Vanilla CS, and then on a strip of
Gold Glimmer Paper, although I’m not sure how wide I’ll make it!

As they say, if it sounds too good to
be true, it probably is!

The only exception I’ve ever come across is
joining Stampin’ Up! which is everything it says it is, and more!

Anyway, my
printer will be here on Friday – disappointing but it’s fine! 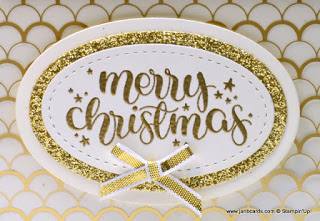 That’s about it from me today. Until tomorrow, happy crafting, 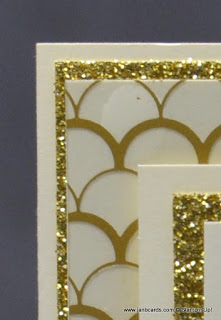