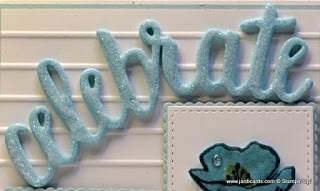 The design is the same – apart from the dry-embossing – but I’ve used
fun foam for the words instead of cardstock, and I have to say it was
great fun playing with it yesterday!!

My
original plan was to make a video showing how to make faux leather
using fun foam. 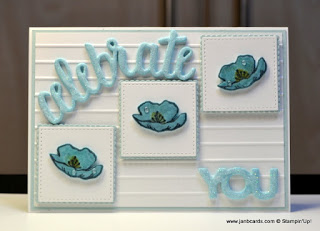 It was a technique I saw Frenchie do in one of her
videos years ago with a stamp of some cowboy boots.

As I was practising
this technique – with varying levels of success – I was wondering what
else fun foam could be used for in cardmaking.

Almost at the same time,
someone asked me on Facebook, how many layers of cardstock did I use for
the two words on yesterday’s card! 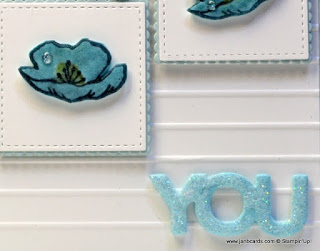 I used six layers but how much quicker and easier it would
be to use fun foam; so that was it, I was off!

In
the video I showed how to die cut the words, then paint with the
Fine-tip Glue Pen, and cover with Dazzling Diamonds Stampin’ Glitter
(DDSG).

I’d made the words I used for the card in the video about four
hours earlier, so the glue had had a chance to dry properly. 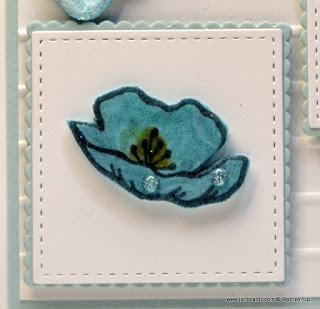 Of course,
it could have been adhered to the card front first, then had glue applied, and
finally covered with DDSG.

I prefer my way because sprinkling DDSG over
the words would mean most of the front of the card would also get a
covering of DDSG!

Whilst most of it could be shaken/tapped off, a lot
would still remain.

More importantly, as this takes a little while to
dry, it’d be easy to knock the words and damage the damp covering of
glue and DDSG that’s on the card, especially when decorating the inside
of the card. 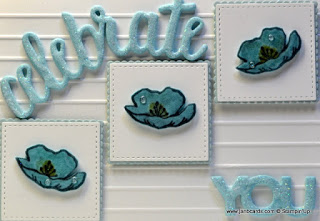 I
want to play with fun foam a bit more so I can understand it better.

For example, I’d like to know why the Basic Black Archival Ink stamped a
lot lighter on the white fun foam than it did on the light blue fun
foam? Was it something I did?

I hope you enjoy this technique, it was
certainly a lot of fun. 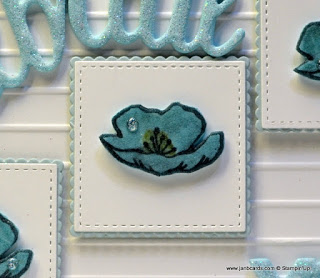 However, if the idea of fun foam doesn’t appeal
to you, you can still follow the video and just substitute fun foam for
cardstock.

Today,
hubby and I are going down to Aldershot together with my sister for the
funeral of an aunt, who was one of my Dad’s sisters.

A sombre day, but
it’s comforting to know that our aunt isn’t suffering any more. 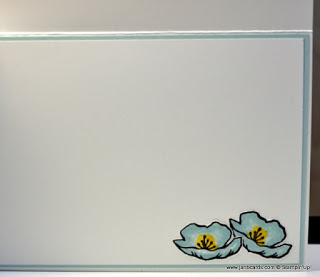