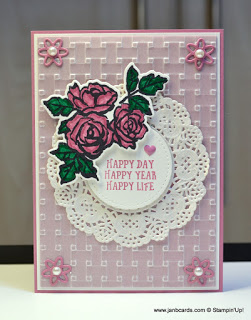 YAY! It’s the weekend again! Although I work from home, I still love the weekend!

Yes,
I know! I’m creeping back towards pink again, but in all fairness, I have been working with orange most of the day.

I’ve been working
on my “prototype” card for Sunday’s video, and as much as I don’t like
orange, I really don’t like to waste it! 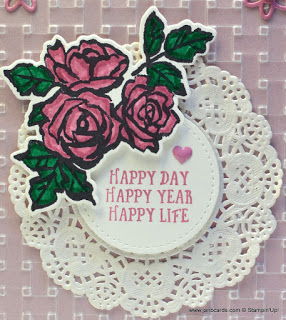 It took five attempts to get the
measurements right for Sunday’s project, and each time it was wrong, it was a
wasted card base.

To keep the amount of wasted cardstock to a minimum, I
used my guillotine to rescue as much as possible, that I could put in my scrap
bag!

Eventually I succeeded with the measurements, and went on the finish
my project.

By this time I had moved onto Peekaboo Peach, another
non-orange orange! 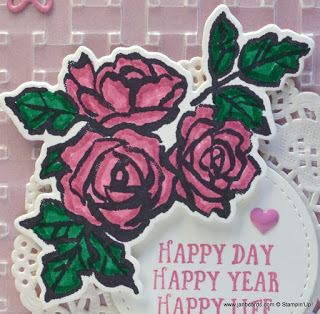 Now my prototype has been accepted by my very
critical eyes, today I’ll be preparing, making, uploading, and
editing Sunday’s video.

In the middle of this I’ll be taking a couple of
hours off to get my nails done!

I
was using the Petal Passion Bundle for my video project, and carried on
using it for today’s card. 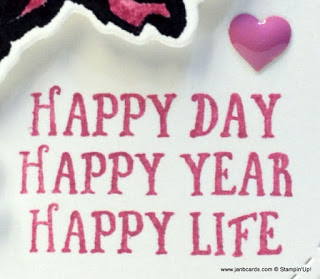 The technique I knew I was going to use is dry embossed
Vellum Cardstock (CS), which although beautiful, does present its own
problems e.g. where to put the glue to adhere the layer to the card! 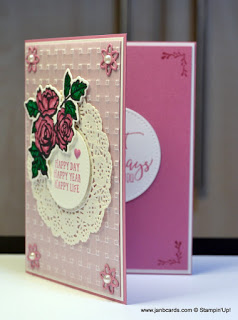 To
start my card I took a layer of our Vellum CS, and dry embossed it using
the stunning Dynamic Basket Weave Embossing Folder.

The effect is
stunning, but I couldn’t decide if I wanted to use the embossed, or the
debossed side.

To see the embossed side at its best, it had to be titled
to see the basket weave pattern, whereas on the debossed side, the
pattern is of small squares, and it looks great in all directions!

I left
it on the side while I worked on the other elements, which included
stamping the three roses plus leaves image, and colouring with the Sweet
Sugarplum and Emerald Envy Marker Pens.

I knew I wanted to use a doily,
but couldn’t decide on which size Stitched Shape Circle die I wanted to
use for the sentiment, i.e. number 2 or number 3? 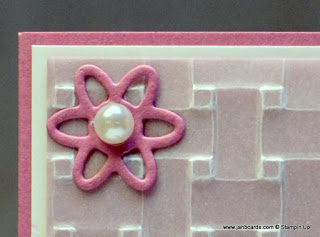 Once I’d decided on
this I’d be able to choose a sentiment, so I approached it from a
different angle, and picked out two sentiments…..one for each size
circle.

Once I’d stamped and die cut them both, I was able to play with
the placement of each to see which one I liked best!

Then my thoughts turned to the problem of adhering
the corners of the Vellum CS.

I wondered if we had a die, or a punch
that would give me small decorations that I could put in each of the
four corners, rather like the stamp from the Hold onto Hope Stamp Set that I’ve
been using recently. 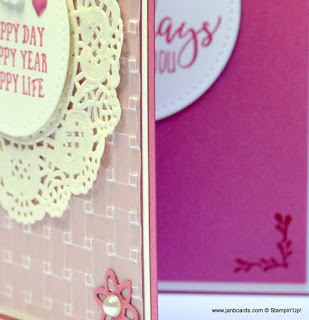 The closest dies I found were a single sprig of
leaves – I wondered if I could use  two together at right angles with each other – and
also a single flower, which is what I used.

This allowed me to use a
Glue Dot in each corner, hidden by the Basic Pearls I put in the centre
of the flowers. 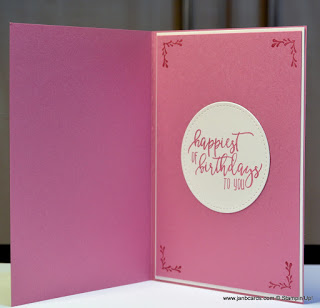 When I came to put all the elements together, I had decided to adhere the Vellum CS the right way round, but wasn’t
concentrating and put it on backwards – definitely a happy mistake. I
think it looks super like this!

Inside
the card I added a layer of Whisper White CS with a layer of Sweet
Sugarplum CS.

On the top layer, I stamped the corner stamp I referred to
earlier, in each corner, and then I adhered the larger sentiment I’d also
made earlier but not used. 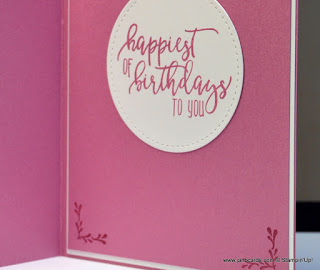 On the whole, I’m pleased with my finished card, especially with the wrong side of Vellum CS, but I’m not sure that flowers in the corner works. What do you think – your feedback will be greatly appreciated? ☺

I hope you have a super relaxed weekend. Until tomorrow, happy crafting.