Hello, Crafters.
What an absolutely fabulous day – weather-wise – it was yesterday!
The hottest April day since 1949, apparently! In London the temperature
went up to 28.8° Bring it on, I love the heat! 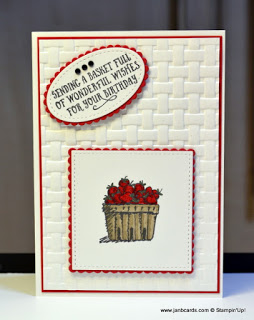 Yesterday I had my first play with the images in the Basket of Wishes
Stamp Set. It took seven attempts before I was happy with the stamping
and the colouring of the punnet of strawberries. I used my Marker Pens
in Real Red, Wild Wasabi and Crumb Cake. 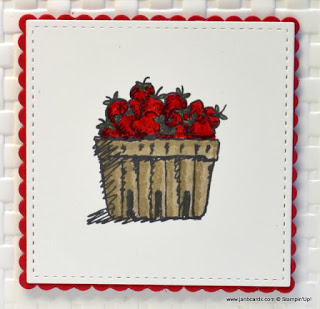 My first few efforts included the sentiment stamped immediately under
the image, to be included in the die cut. Unfortunately, I just couldn’t get
it all lined up correctly and eventually decided to keep them separate! As it
turned out, I think the card looks better with the two elements
being separate. 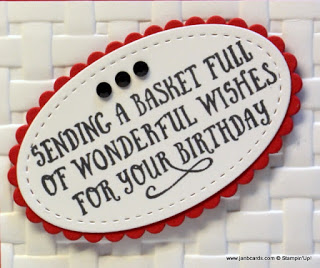 One of the good things about having multiple attempts is that I was
able to fussy  cut the best one and adhere it inside my card. When I
was ready to adhere my  card together, I knew I was having a Real
Red layer between the top Whisper White Layer and the Whisper White
card base, and I thought I’d just pop the sentiment and the image
onto Dimensionals. 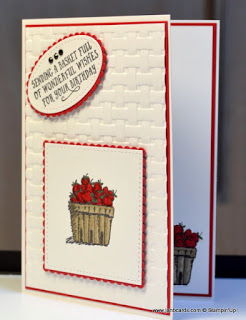 I decided against that as it made the card look very bland,
so I adhered them to co-ordinating Real Red scalloped shapes.
This looked so very  much better!!  Although it doesn’t show in
the photographs, I added three Basic Black Rhinestones along the
top of the sentiment! 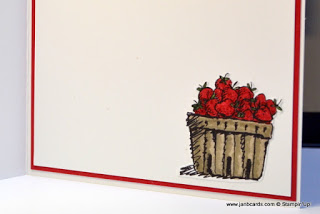 Overall, I’m very happy with the design of today’s card, but it doesn’t
do so well under close scrutiny – so I’m not looking! I can’t remember
the last time I felt so disatisfied/critical of one of my projects. I’m going
to put it down to the sudden arrival of some fabulous weather! ☺ 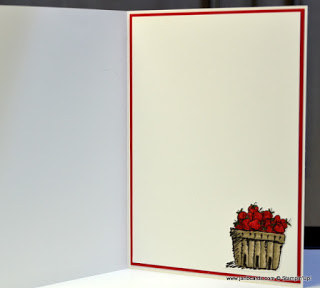 This evening Hubby and I are going out for dinner to celebrate my
promotion to Gold! That’s it from me for today. Until tomorrow,
happy crafting.
JanB.