Hello, Crafters.
Hubby successfully downloaded my photographs into the free editing
software I use, called Picasa. The first photograph is a lovely thatched
pub in a little village called Sticklepath. Thisis where we stopped at for lunch
on our five hour drive down to Mevagissey.
Typically English: good food, reasonably priced and very friendly! 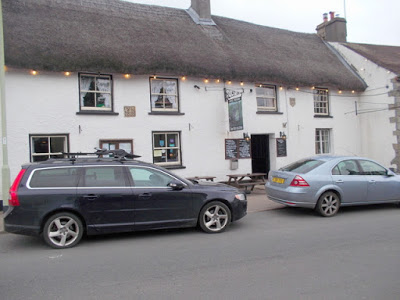 Opposite the pub is this rather neglected looking thatched cottage. I’ve
never seen a thatched roof like that before. I’ve only ever seen a balding
thatch when it’s getting old and needs attention. 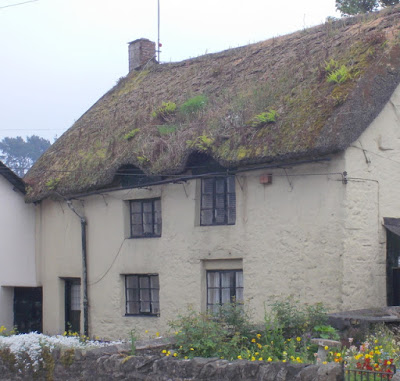 This is an excellent example of recycling! Changing an old red telephone
box into a Defibulator Station! This is one of twowe saw within three or four
miles of each other. It would be fantastic if these were as commonplace as
red telephone boxes were at one time! 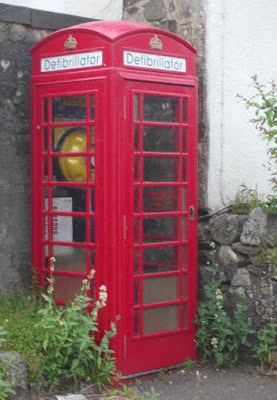 After lunch we went for a little walk to stretch our legs after the three hour
drive we’d just had, and we came across Finch Forge. It was a working forge
which included two water wheels. 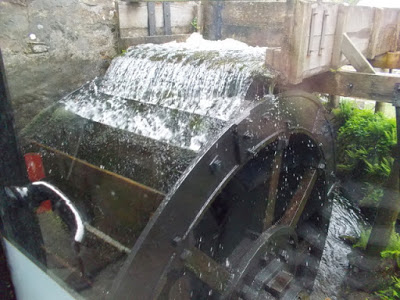 We walked through the archway at the Forge and found ourselves in the
gardens of the tearoomsat the back of which is an old Quaker burial ground
and this quaint summer-house. 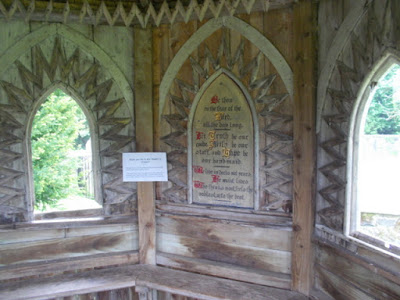 This is a view across the cove of the cottage we stayed in, which belongs
to Vicki’s husband’s parents. Immediately in front of the sea wall there is a
row of cottages and we were in the middle one that has the conservatory
built on the front. Our bedroom was at the top of the house i.e.
the room with the large picture window. 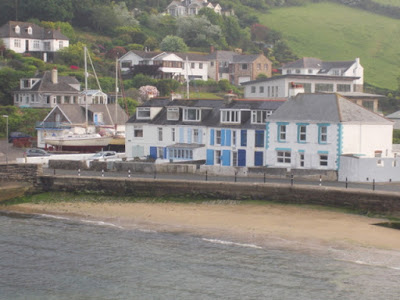 The views from our bedroom were stunning! To wake in the morning
and see the sea hitting on the sea wall. When the tide is right
in, it’s deep enough for the kids, Leigh and Hubby
to jump into the water from the wall!

I hope you’ve enjoyed seeing these few photographs of our short break. I’m
slowly getting back into my normal routine and assure you that normal
service will return shortly! Until tomorrow, God bless and happy crafting.