Hello, Crafters.
I hope you’re enjoying a lovely relaxing weekend.
This morning I uploaded a video showing how I made
a divine Mother’s Day card which looks like a blouse!

It was inspired by a card posted to my Facebook group called
Happy Crafting by a lady called Deborah Ann Clark. She posted
photographs of two cards she’d made, which were more or less the
same, but with different colour schemes and necklace designs. 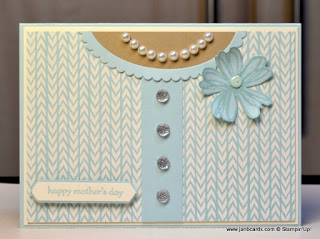 Many thanks for sharing your cards in Happy Crafting, Deborah,
and also many thanks for your positive response to Pat’s request to
let me make a video of how they’re made! ☺ 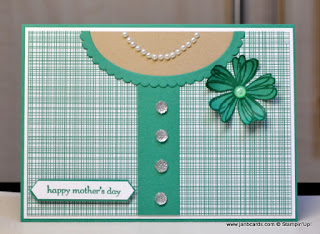 I made the Emerald Envy card first but I wasn’t happy with the
necklace,  because I felt it was too small for such a wide neckline.
I’m so pleased I decided to use larger Basic Pearls for the
Soft Sky card I made in the video, they look so much nicer!

My favourite card woud be the Emerald Envy card with the neckline
and necklace from the Soft Sky card. On one of Deborah’s cards,
she made the pearl necklace with one large pearl in the
centre, then three medium sized pearls on either side, and she
finished off with two smaller pearls on other side.
In this video I excelled myself in a rather big blooper! At first
I was going to do a new one of the “thing” I did wrong, but then
I changed my mind, and decided to see if I could rescue the
situation – which I did!  I don’t want to give too many details and
spoil it for you if you’re going to watch the video! 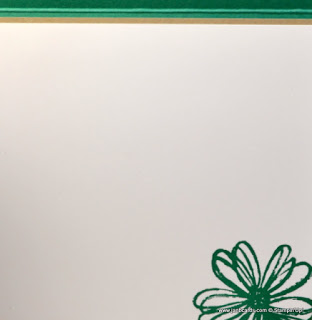 One question before I go: when is Mother’s Day in North America
and Australia/NZ? Ours here in the UK is always in March, but I
know we’re out of synch with the rest of the world.
I hope you have a very blessed Sunday, and until tomorrow,  happy crafting.
JanB.