Hello, Crafters.
Yesterday Stampin’ Up! announced a special promotion on
recruiting for the whole of July, and what a great promotion it is!
New recruits can choose one set of ten Ink Pads as well
as £130 of products – that’s almost £200 worth of products for £99!
If you’ve been thinking about joining Stampin’ Up! it’ll be well
worth you hanging fire until 1st. Juy 2018. More details to follow! 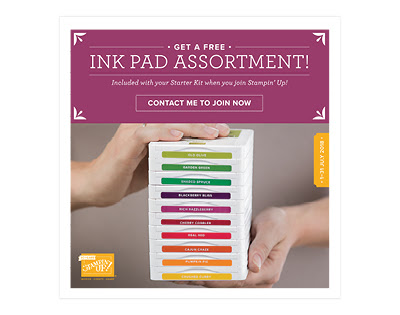 Today’s video shows how to make a card with another card inside. I don’t
know if this style of card has another name, but this is what I’m calling it! 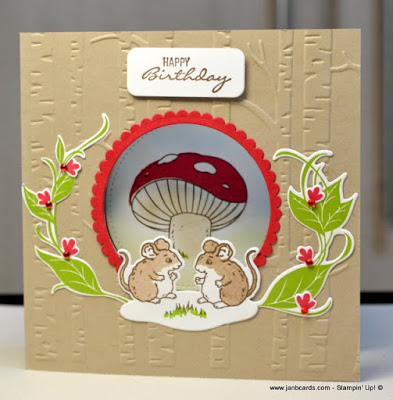 I was inspired by a card I saw in the new annual catalogue, but I
couldn’t quite work out how the fancyfold worked! I decided that I’d
make a similar card but with one card inside the other.

The outside card is 5½” x 5½” and the inside card is 4 1/8” x 4 1/8”.
The window on the catalogue card has been created by one of the
dies that come with the co-ordinating Storybook Scene Dies. 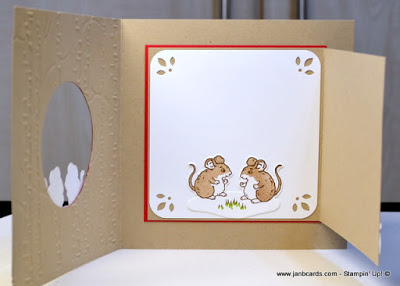 In fact, now that I’m looking at them more closely, the two designs
are quite different! The scene of the mice with the mushroom
is a complete scene inside the catalogue card, whereas my
mushroom is on the outside of the inside card and the mice
are on the outside of the bigger, outer card! 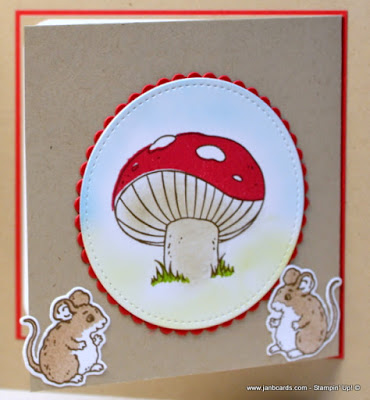 To create the window I die cut the circle, and then made a scalloped die
cut frame. For the first card I made to test out if my idea would work or
not, I adhered the smaller card inside the larger card, but it just
seemed to diasappear. 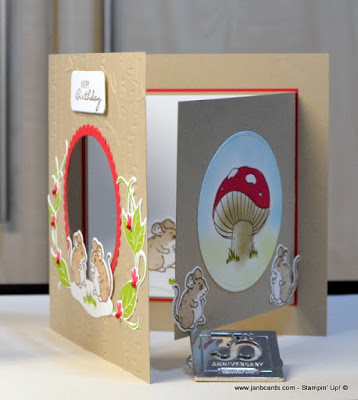 I remedied this by adding a layer of Real Red cardstock for
it to sit on. The difference was amazing. I had a similar issue
with the die cut circle of the mushroom. 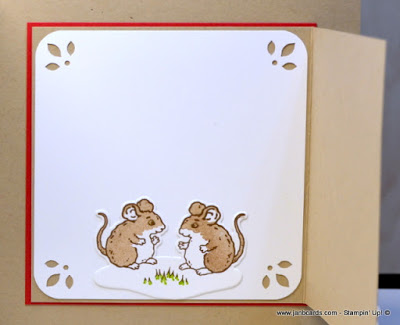 The circle also seemed to disappear so I decided to add a Real Red Scalloped
Circle layer underneath it. Again the difference was amazing! But can you believe it,
I forgot to do the scalloped circle for the card I made in the video! DOH!!
I have included the extra cardstock needed for this in the list of
Products & Measurements in the box under the video!
One of my friends in Canada confirmed yesterday that she has been leaving
comments below my blogs, and wondered if I had withdrawn the
option, because they weren’t being published! I haven’t closed the
option because I enjoy receiving your comments and feedback.

Hubby has been investigating the problem yesterday evening and it
appears it started on 25th May 2018 – which is the day GDPR came
into force! Cause, or coincidence?? Blogger are aware of the problem
and are working on finding a fix. I will keep you posted. In the meantime,
I will post a note everyday, after I sign off, so you’ll know when the
option is working again. Many thanks for your patience, and here’s
hoping That it isn’t going to take Blogger too much longer to sort it out!
That’s about it from me today, and until tomorrow, happy crafting.
JanB.