Hello, Crafters.
I hope you’ve had a fabulous weekend. As I said in my blog yesterday,
on Saturday Hubby and I went to Vicki’s parents-in-law garden
party to celebrate their 50th wedding anniversary. Including
the children there about sixty guests all enjoying the scrummy
food, the beautiful weather, the company, and the “entertainment”! 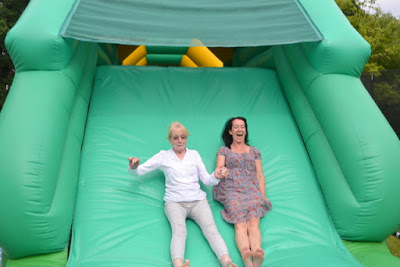 This included a billiards table (or may have been snooker – I don’t know
the difference!) and table tennis, both of which were in Tom’s man-shed
at the bottom of the garden, a huge bouncy castle which was
actually an obstacle course which ended with a slide, garden
darts and huge bubble makers! 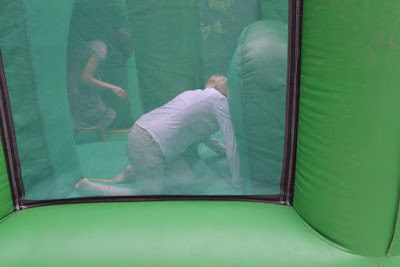 I have a generative disease in my spine which I’ve lived with for
thirty-plus years, and have always been extremely cautious about
what I join in with! Yesterday, for the first time, I threw caution to the
wind, and went on the bouncy castle with Vicki – twice – and then
with my granddaughter Molly, and Hubby joined in too! 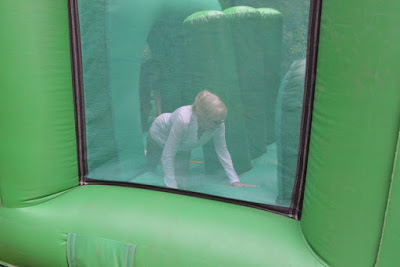 Hubby went up and over a lot quicker than was good for him, and went
down the slide head first! How did this happen? On his first
attempt he went up the “wall ladder” that takes you to the top of  the slide,
he lost his grip and fell back down. He took a deep breath, tried again! 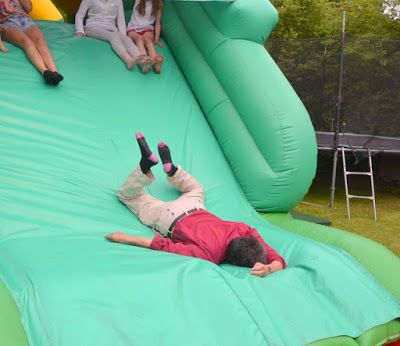 Unfortunately, he thought there was a small platform at the top that
we were sitting on while waiting for him, but it wasn’t! It was the brow of
the hill and was the start of the slide. He put so much effort in his
second attempt at getting up the ladder, he shot up and over
before you could say Jack Robinson!

Unfortunately, he received skin burns just above and just below his right eye as he slid down on the side of his face. Yes, Hubby’s face was very sore yesterday, but is much calmer today! And as for me? Yes, my back was sore yesterday, and no doubt will be today, but boy, did I enjoy it! 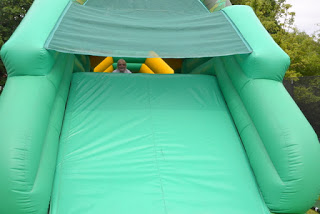 I hope I have given you a little giggle to start the week with! I wish
you a great week and I’ll be back tomorrow.
In the meantime, happy crafting.
JanB.