Hello, Crafters.
This isn’t a scheduled post, but I did promise to show you some
photographs of our visit to Mevagissey at the end of last month. 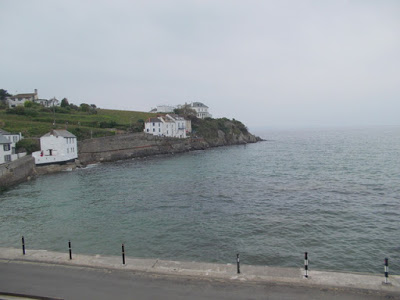 We stayed in Tom and Iris’s holiday cottage, which is right on the
seafront – this is the view from our bedroom, which was a room in the attic!
The window was almost wall to wall and ceiling to ceiling! 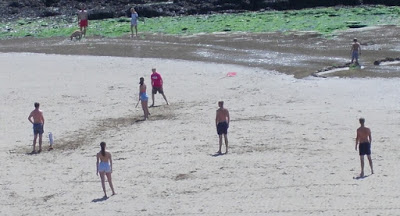 One day Vicki, Leigh, the grandchildren and two of their friends were
playing rounders on the beach. Hubby and I decided we’d take a
walk down to the harbour, which is far more energetic
than a game of rounders!! 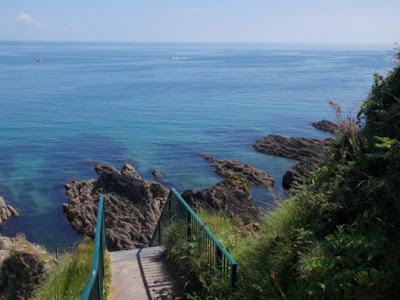 We had a choice of routes to get down to the actual harbour, and we
decided to take the stairs, which was an excellent decision. 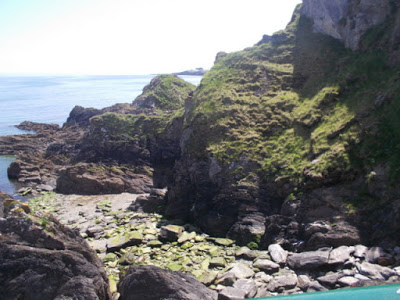 I have no idea how many steps there were but suffice to say, there
were loads of them! I’m so pleased we were going down, rather than
up! We were able to return back to the cottage via another route! 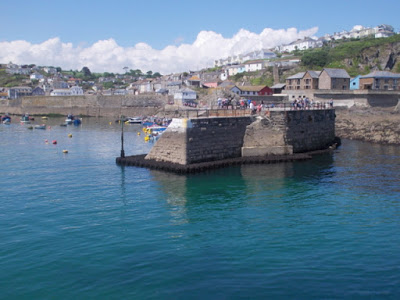 As you can see in the photograph above, there was a bank of white fluffy
clouds inland, and it stayed there while the sun shined on Mevagissey!
The weather was absolutely superb! 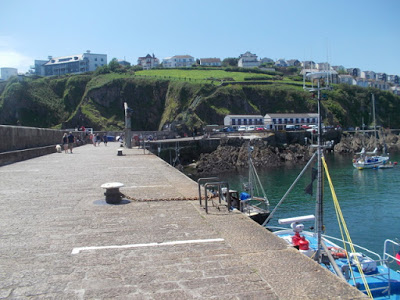 There were several boats alongside the harbour offering trips around
the bay, and fishing trips – we were enjoying our stroll and kept our feet
on terra firma!
I hope you’ve enjoyed this fleeting glimpse of a very idyllic little fishing
harbour in Cornwall. I’ll be back tommorow with a new project and a
video. I hope you have a great weekend whatever your plans
are, and until tomorrow, happy crafting.
JanB.