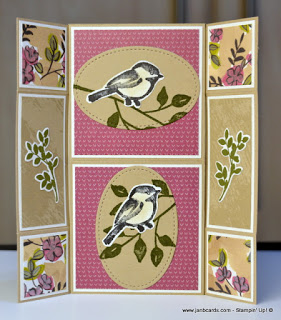 The first time I made one of these it was for one of my grandsons’
birthday’s. Stephen was totally bowled over by his card and forgot
about opening by the parcels that were sitting on the
table waiting for him! 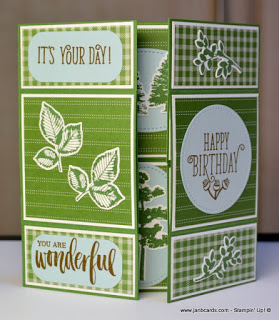 Before I made today’s video, I had a practice run with a
masculine card to remind myself how to make the never-ending
card. It only took me two card bases to remember what I used
to do to avoid haveing the flaps catching on each other! 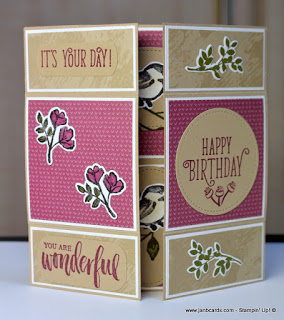 After I made the masculine card, I started to plan a feminine design.
I knew this video was going to be a long one, so I made all the
images and sentiments I want for every page beforehand, and
made them beforehand. 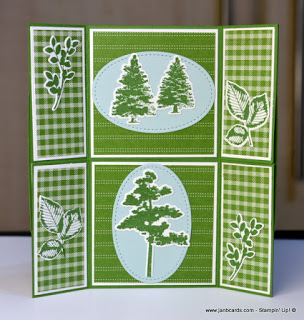 This meant I didn’t know before I started what the finished card would
look like so I was on a wing and a prayer. It all went very well,
except for some reason, I didn’t get the section of the card where
only the top half is visible until the next part of the card is opened. 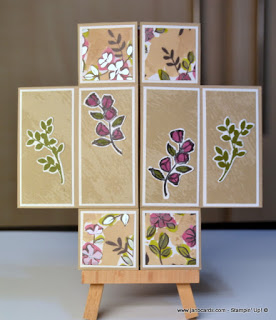 It threw me for a little while but I carried on and was really pleased
with the result. I would love to know how I avoided the partial
panels! Any ideas? 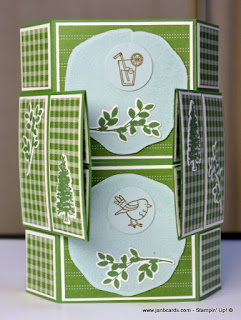 On Friday, when I said  was going to post my blog four days
a week instead of seven, I should have said I will be posting a
new card or 3D project four times a week. This allows me to
post to my blog when I have news to share as opposed
to a new project! I hope this makes sense!
I wish you a very blessed Sunday, and until next time, happy crafting.
JanB.