Hello, Crafters.
Ooops! Sorry – I pressed the wrong key! I have just uploaded today’s
video which shows how I made the 2018 Incentive Trip 3D Swap.
It’s an apron box with a lace trimmed handkerchief
inside. I’m pleased to say I was successful in getting all 26 of
them to the cruise ship undamaged. YAY!! 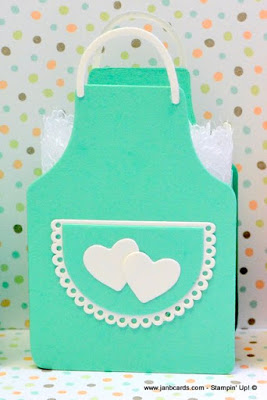 This evening we went to see Barry Manilow
in concert. I have never been a great fan, but I have always loved
his voice and the majority of his songs. He’s 75 years old now,
he certainly doesn’t look it, and his voice is as strong as ever. 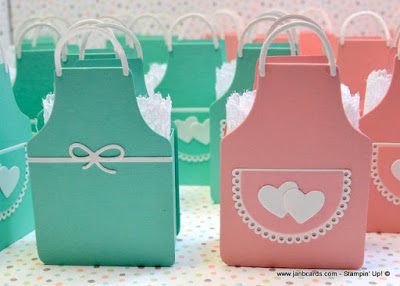 Tonight he didn’t let us down – he was fantastic, and his voice and
singing were superb! At one part of the show, we saw him
performing back in 1975, and after a minute or two, he was singing
the same song in real life in
sync with the film which was being shown behind him. 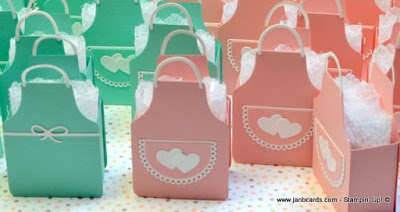 It was brilliant. Another part of the show, we needed to put on 3D
glasses while we saw a film which made it appear that Barry was flying
through New York as Batman – we only saw his hands!

The third highlight of the show was when a U-shaped stage of stairs
and a  balcony was lowered so Barry was able to go up the stairs,
carry on singing Copacabana, and get a lot closer to the
audience further back from the front fifteen rows or so!
My story about Barry Manilow is that we booked to see him in
Vegas when we visited here in 2012. Unfortunately, I was taken
ill, and was rushed into hospital where I stayed for four days,
missing the Barry Manilow Show we’d already booked. I always
wanted to make up for missing it and did just that tonight.

Footnote: I developed a high temperature after we’d gone to bed one
night. (There hadn’t been any sign of me not being well while
we were out having dinner). The hotel called the paramedics who
decided my temperature was off the scale!

They took me down to the ambulance and put me on a bed of
ice………….it was freezing!! Apparently, I had double-pnuemonia
and pluerisy. I was very well looked after, and I have no complaints
about the hospital or the medical staff – they were brilliant. We were
somewhat surprised at the total bill, which was
US$27,000 – thank goodness for travel insurance!
TIP FOR THE DAY: Never ever travel without Travel Insurance!
Now that I have excellent internet, I’m hoping to pop in and say hello every
day. I still have lots of cards to share with you from the Incentive Trip.
So until tomorrow/next time, happy crafting.
JanB.