Hello, Crafters.
After yesterday’s post with the book mark, and my comment
regarding using the dies for a card, I just had to do it! I really
enjoyed working on this, but I do think it’s a bit over busy! 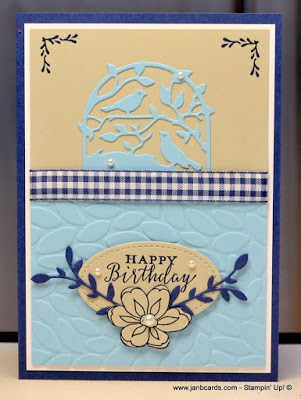 I started with a top layer of Balmy Blue Cardstock (CS), and I
die cut the Botanical Tags bird die from the top half. I used my
trimmer to cut from side to side to release the negative part of
the cardstock which stayed attached! 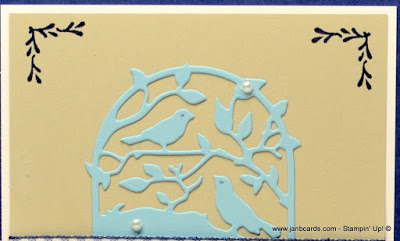 Embossing Folder, and then attached the layer to a layer of Sahara
Sand CS which was the same size. 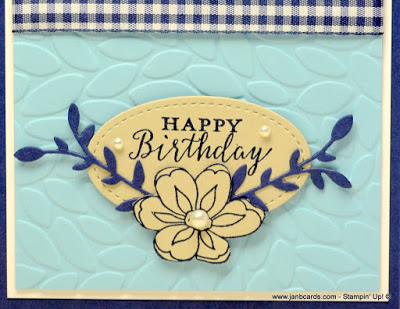 The was an impression line along the front, which I decided to cover

by using the Night of Navy Gingham Ribbon. Although I like the look
of this it does hide the fact that the Balmy Blue layer underneath
is one piece of cardstock, and not two separate pieces! 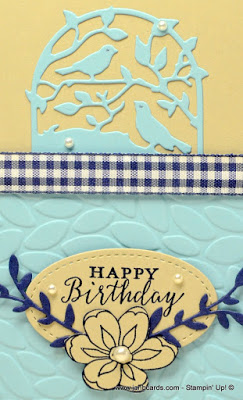 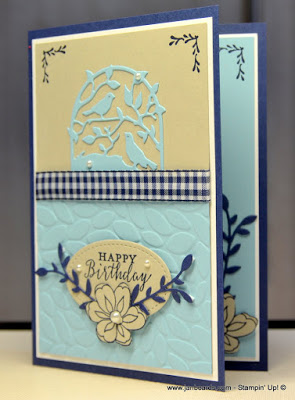 the same ink and the same cardstock as the sentiment. I fussy
cut the flower and die cut two of the leaf branches, and
then attached them with Dimensionals. 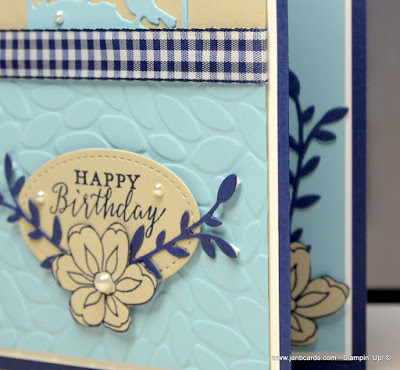 I wasn’t sure which colours of cardstock to use for the inside
of my card, and decided on Whisper White and Balmy Blue. 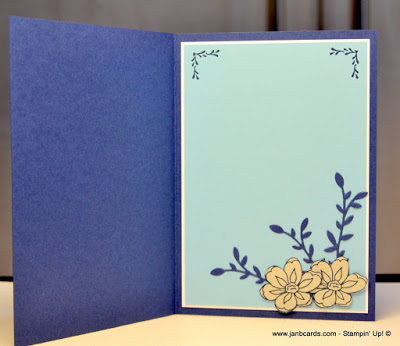 I made two more flowers as before in Sahara Sand CS, and
finished off with three leaf branches, and two corner stamps
from Hold on to Hope Stamp Set as before. 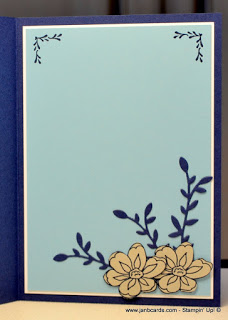 Today’s card is a lot busier than I normally do, but do you think it’s
too busy? I’ll be very interested in seeing what you think!
That’s it from me today. Until tomorrow, happy crafting,
JanB.