Hello, Crafters.
I’ve been wanting to use the birds die from this set for quite
some time, but just couldn’t decide how! Today I challenged
myself to get on to see if I could come up with something,
and I’m really pleased with the result.

The three main dies in this set scream out to be used for book
marks, although the flower and the geometric design can
also be used for cards, because they have an extra die to cut
the bottom part off. I started by die cutting the birds part, and
then cut straight across the bottom with a view to putting it
into a” picture frame” to make a card. 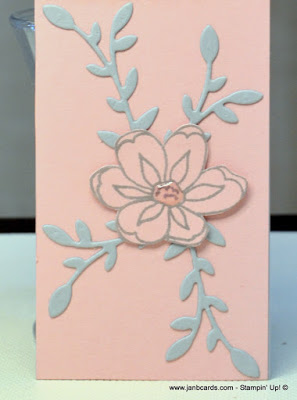 However, I just couldn’t get away from thinking about a book mark
– maybe I’ll come back to the picture frame idea! – so I cut a strip
of Smokey Slate Cardstock (CS) which measured 6.5″ x a tad under 2″. 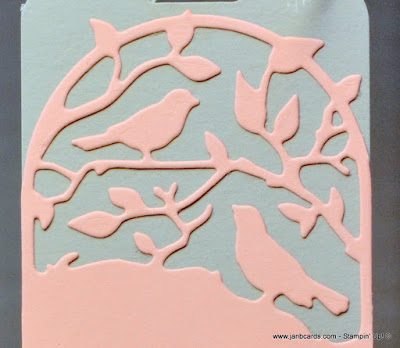 I punched a decorative edge using the Scalloped Tag Topper. Then

I took a strip of Blushing Bride CS which measured 6″ x 2.5″, and
die cut the bird image as close to the top as possible, which
allowed me to rest the pink on the grey and let my imagination go! 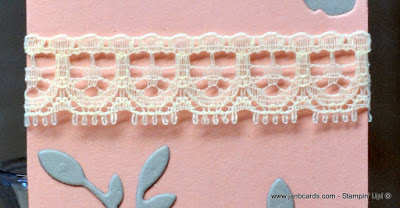 I had to trim the Blushing Bride CS strip down to fit the Smokey Slate CS, which meant I also cut off two leaves – one on each side – as they were protruding over the edge! 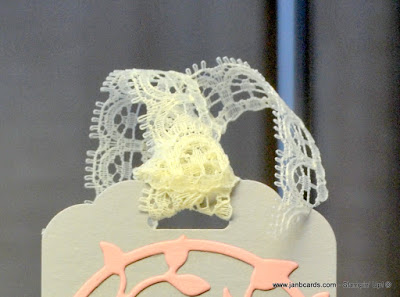 I know there are occasions when I make a project and I end up
using four or five different stamp sets, but as a general rule
I do try and restrict myself to one set. I was successful with
today’s project! I used the Botanical Bliss Stamp Set and the
co-ordinated Botanical Tags Thinlits Dies! 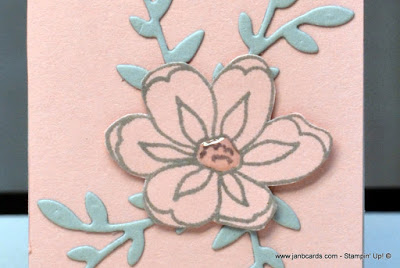 My golden rule for making book marks is they must be flat, i.e. no
bows, Basic Rinestones or Pearl’s, etc.,  There was an “embossed”
line across the pink book mark which I covered using a strip of
our Very Vanilla Lace Ribbon. I decided to use the same lace at the
top of the book mark, and adhered it in place using one Glue Dot. 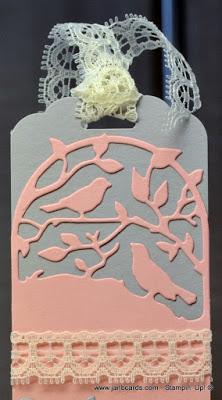 fussy cut the flower in the stamp set. After I had adhered the four
branches, I trimmed the ends off so I could adhere the fussy
cut flower on top without having a large bump underneath it! LOL!

I was really pleased with the result and really wanted to

finish off with a Basic Pearl in the centre of the flower, but this
was not an option, so I added some Fine Tip Glue in the centre of
the flower and allowed it to dry. Maybe I now have a design that I
can transfer to a greeting card?? Time will tell!
I hope you’ve enjoyed today’s project, and maybe you’ll give it
a try! ☺ Until tomorrow, happy crafting.
JanB.