Hello, Crafters.
I’m pleased to say that my BOGOF had a good start yesterday, which
made all the effort of correcting it when it went wrong on Friday evening,
worth the very late night! 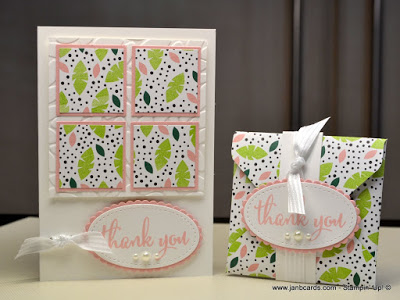 After the event went live yesterday lunchtime, I was able to do
some crafting and made today’s video. 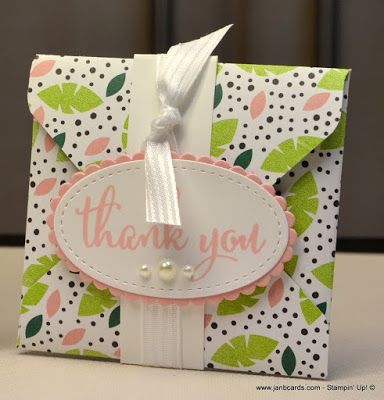 It was so relaxing, I made two sets of matching cards and
gift pouches before I started recording! 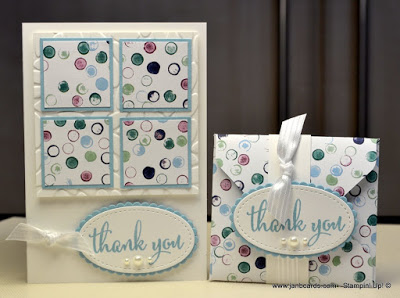 I’m so pleased that it didn’t take long before I felt the stress of
the previous evening melt away, and it became a
long distant memory! LOL!

I made some similar thank you cards for last month’s customers,
and it was the way I did the faux bow that I’d decided I wanted
to share as part of a video. 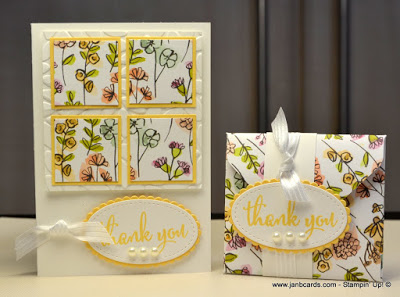 I first saw the idea several years ago but I can’t
remember who showed it. 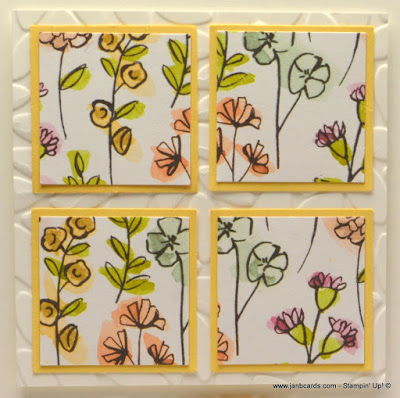 To cut the Designer Series Paper (DSP) into 1.25″ squares, and
the Balmy Blue Cardstock (CS) into 1 3/8″ squares, I used two
retired Stampin’ Up! square punches – cheating but so much
easier than actually cutting!

I decided to dry emboss the white layer behind the squares as
I was doing white on white and I knew it would
help it to stand out more. 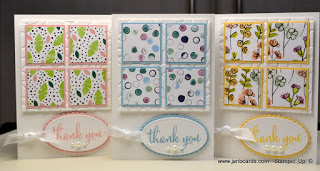 I used two different arrangements for the pearls I added
to the sentiments i.e. one had three large Basic Pearls and
the other one had two medium pearls with a large
one in-between them.
I wish you a very blessed Sunday,
and until tomorrow, happy crafting.
JanB.