Hello, Crafters.
There wasn’t any crafting for me yesterday because I went
out with hubby for the day. We were truly blessed with the
weather, so warm and sunny and a fabulous blue sky! We
took a drive down to Brighton, which is about forty
miles aways on the south coast in Sussex!
We had tickets to go up the BA i360, which looks like a
ring doughnut that fits round a very tall slim structure,
and travels up and down. It gave us fabulous views
over the English Channel, and both east and west along
the Sussex coast, and then inland as far as the South Downs.
The third photograph shows the burnt out remains of the
smaller of two Brighton piers. Unfortunately the fire took
such a strong hold, there wasn’ anything the emergency
services could do to save it! It was so tragic! 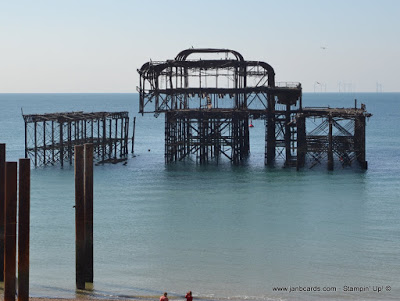 The photographs I took while we were travelling in the
doughnut are distorted by the reflection in the glass. We
could see some flat rooves that have been painted,
presumably after the i360 was built, but very colourful
and a bit of fun. 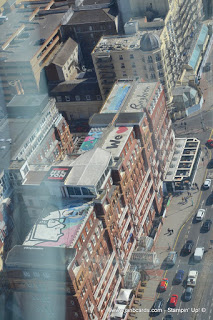 Towards the west side you can see a children’s paddling
pool and also a little sandy beach, too. The beach at
Brighton is very stony, and the stones get smaller and
smaller the further you walk into the sea……………..but
they’re still painful on your feet! 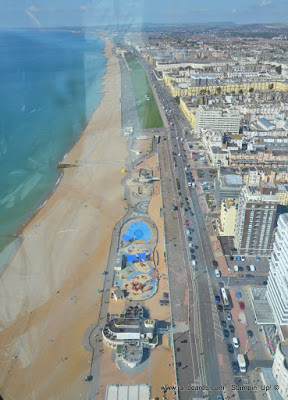 The park is Regency Park and was built in the Regency
times for the aristocrats to enjoy their new pastime – sitting
by the sea!  As you can see by the grass, we have had
a really superb summer, with nowhere enough rain water
to keep the graas luscious and green!

Underneath the park is a multi-level, car park. 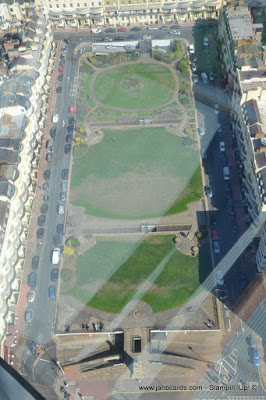 The
doughtnut is raised and lowered by one cable, which
prompted me to ask
what would stop the doughtnut
from falling if the cable broke. 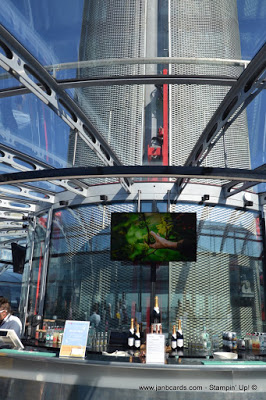 Hubby explained about the braking system that would come
into play immeditely in the highly unlikely case of
that happening – dee the redcontaption just above
the outside of the doughnut! 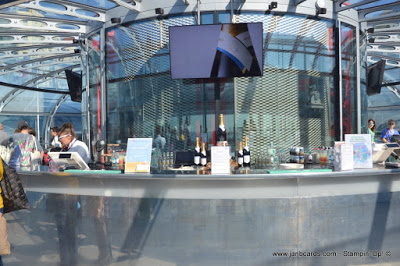 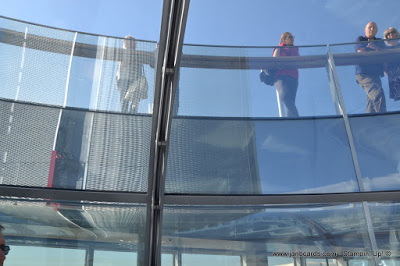 Where you can see people standing is the level you get
on the doughnut, but on your return you are taken
down to the lower level to alight……..straight into the gift
shop! LOL! Then the doughnut goes up to the upper level
and reloads for the next flight! Flights are every half an hour! 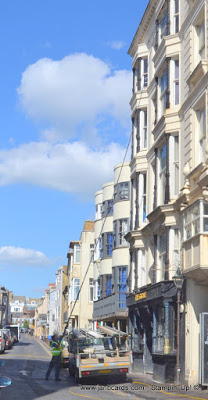 When we left the doughnut, we went and had a cup of
tea, and sat watching a man creating absolutely HUGE
bubbles – it was fascinating! Then we had a walk around
part of the shops until we decided it was time
for a fairly late lunch. 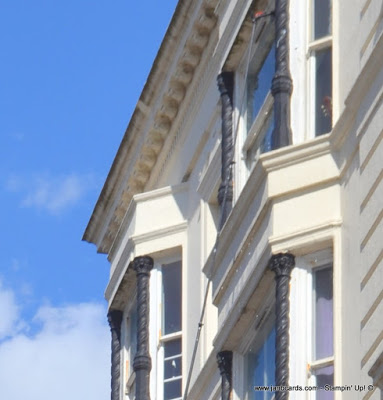 As we were strolling back to car park, we saw a window
cleaner, cleaning windows on the fifth floor using a
squeegy mop with the longest handle ever! You can just
about see the orange mop head! Amazing!
I hope you’ve enjoyed sharing the photographs of our day
out yesterday!
Today, I’ll be back in my craft studio.
Until tomorrow, happy crafting.
JanB.