Hello, Crafters.
Whenever I order anything online, there is always a problem
with it, which is why I prefer hubby to do my
online shopping for me! 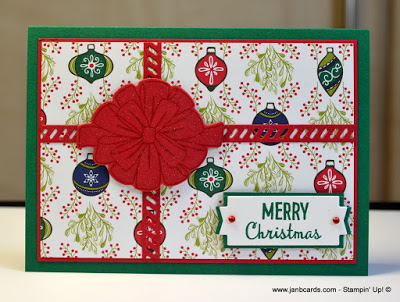 In my Craft Studio Tour video I said I’d ordered six more
trays for my Stampin’ Blends. I was so pleased when they
arrived today, but the problem? The trays are black and I
ordered clear to match the ones I already have! Grrr! 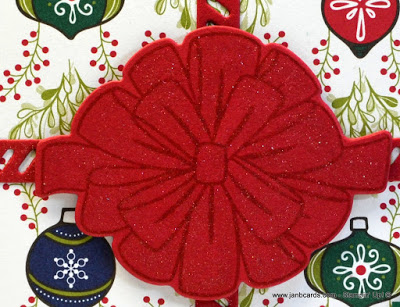 Never mind, I relaxed by making today’s card. The bow
and “ribbon” are both from a bundle called Bring on the
Presents, which is the name of the stamp set and
the dies are called All the Presents Thinlits Dies. 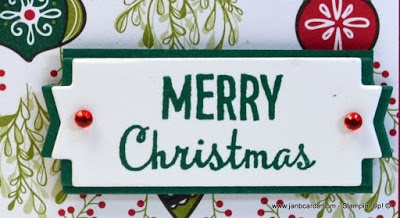 If you saw my Sneak Peek video, you may remember I showed
the back of my magnetic dies folder where I had put the
two strips of “ribbon”, one set as a right angle, and the
second set as one above the other to make a patterned strip.
I knew then that I’d come up with an idea how to use them
but I expected it to be as a pattern and not
something as simple as ribbon on a parcel! 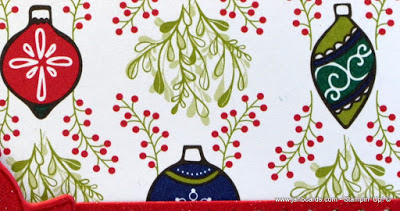 I made a card similar to this last year but I used real ribbon
and a red felt stitched star for the centre! The Bring on
the Presents Stamp Set also includes two 3″ stripe stamps
that can also be used as ribbons, although you’d have
to stamp two together to do my size parcel! 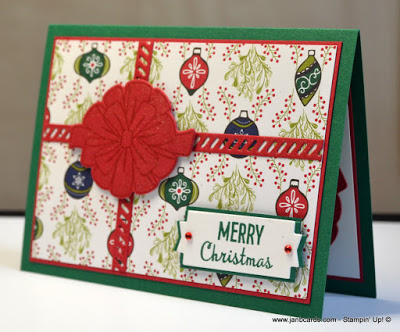 The Designer Series Paper I used for my card is Under the
Mistletoe, and the cardstocks used are Shaded Spruce,
Real Red and Whisper White. 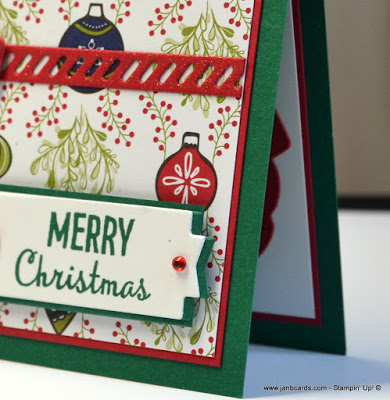 I chose the sentiment from the Many Blessings Stamp Set,
and die cut it using a die from the Lakeside Framelits Dies.
I die cut the shape again but this time in Shaded Spruce, which
I then cut into four pieces i.e. each end that measured about
1/2″ wide, and then the straight piece left over, I cut in half. 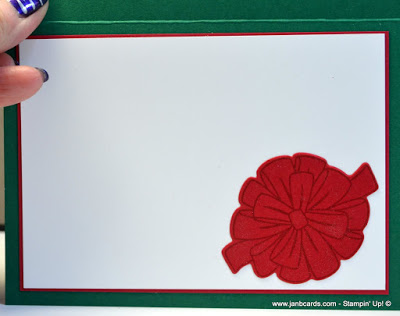 I used Tombow to adhere the two green shaped pieces on
either end of the sentiment, and then I adhered the two
straight pieces top and bottom. I finished it off by
adding two Red Rhinestones. To decorate the inside of the
card adhered a layer of Real Red CS, and then a layer of
Whisper White CS. 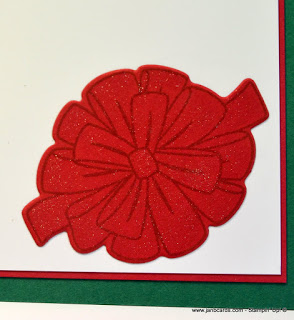 I finished the inside off with a another Real Red die cut bow – the
same as on the front of the card – in the bottom right-hand
side corner. I felt my card needed a bit of sparkle so I
painted over both bows and the “ribbon” using my Wink
of Stella Clear Glitter Pen! A simple card and I’m happy with
how it turned out. I hope you do, too!
That’s about it from me today. Until tomorrow, happy crafting.
JanB.

Previous Post: « Message in a Bottle – Stepping it up!
Next Post: Bring on the Presents EPB Favour Box »