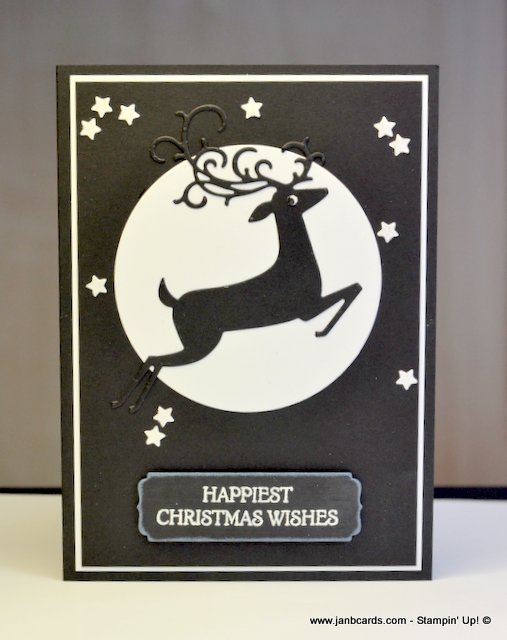 I carried on so I could see what the finished design of the card would look like – I knew this card front was heading for the rubbish bin once I’d finished experimenting with it, so I had nothing to lose but plenty to gain. I used the Twinkle Builder Punch (see page 211)  and punched out some of the smaller stars and circles from a small piece of Glossy CS, and adhered them randomly around and on the circle I wasn’t sure what I was going to do about a sentiment on glossy or foil paper, so I decided to move onto Plan B which meant using regular Basic Black and Whisper White CS. I followed the same design, except I omitted the small circles, and just stayed with stars. Before I die cut the deer, and punched the stars, I adhered a piece of Basic Black and a piece of Whisper White CS to pieces of Multipurpose Adhesive Sheet. Then I die cut/punched the image/stars as before, and assembled the second card. Adhering the deer and the stars was a walk in the park, although I did need a bit of patience removing the backing off the Adhesive Sheet which was on the stars. It was lovely seeing my card with no leaked glue anywhere! 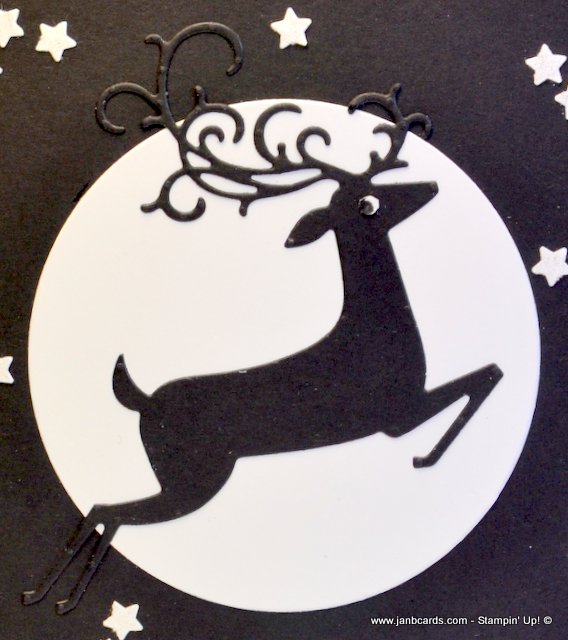 Unfortunately, I’d run out of time to try Plan C i.e. Black Foil, Glossy Cardstock and Multipurpose Adhesive Sheet, but I’m totally confident it would have worked brilliantly. It’s unlikely that I’ll make the Plan C card, but I will bear the idea in mind for a different card using this plan. One great tip I want to share with you is about Dimensionals. I used a sentiment from the Dashing Deer Stamp Set, and heat embossed it using White Embossing Powder, and finished it by sponging the edges using a dauber and Whisper White Craft Stampin’ Ink. I wasn’t happy about adhering it to the card front using white Dimensionals! I adhered three regular Dimensionals along the back of the sentiment but, before I took off the cover, I used a black Sharpie Pen and painted all the edges of the Dimensionals. I had to go over each edge seven or eight times, but it worked! My card can be turned any which way, and there is no white from Dimensionals to be seen at all! 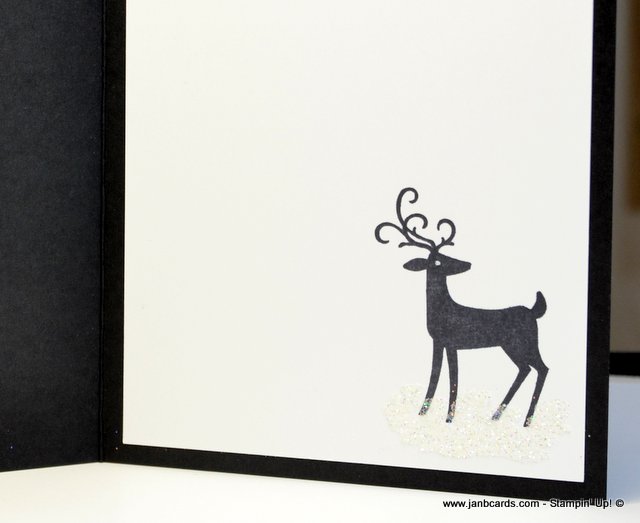 I hope you like today’s big tip, and maybe you’ll think about trying it with any colours you have Sharpies for! Have fun! Until tomorrow, happy crafting.