I hope you’ve enjoyed your weekend. Today’s card is my first play with the Farmhouse Christmas Stamp Set and Farmhouse Framelits Dies. I had the idea for this card from one I saw in the Christmas catalogue, but with a couple of changes! My first idea was to sponge a blue background using Balmy Blue Ink, but I was either too heavy handed with my Dauber or Balmy Blue is too dark for the look I was trying to achieve. I decided to use Balmy Blue Cardstock (CS) instead, which I’m really pleased with. 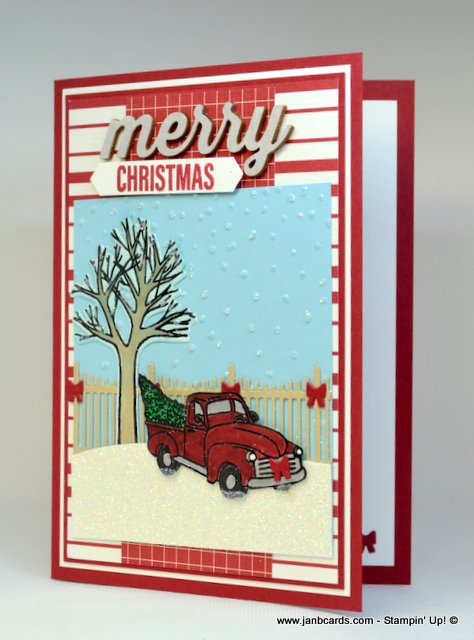 I dry embossed the Balmy Blue (CS) using the Softly Falling Embossing Folder. I heat embossed the truck and the tree using Black Embossing Powder, and coloured them in using Marker Pens. The tree has been coloured in Crumb Cake, the truck has been coloured in with Cherry Cobbler Call Me Clover, Smokey Slate, and Basic Black. Somehow I managed to smudge the red ink on the truck, so after I’d die cut the truck, I fussy cut the white edging off – that did the trick! I also die cut the tree, and used my Dauber and Balmy Blue Ink to colour the white areas blue. 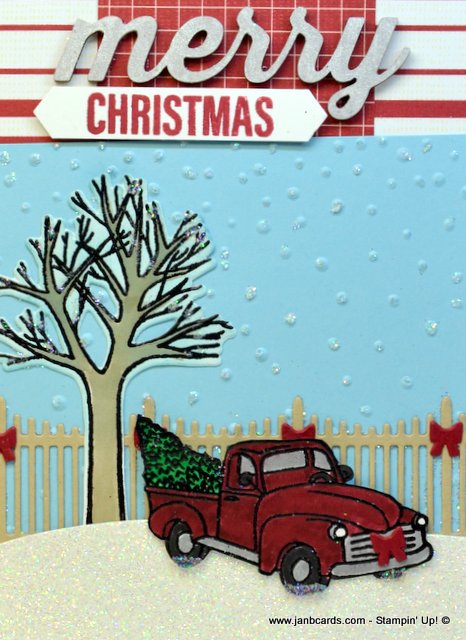 Using Crumb Cake Card stock I die cut the fence, and with Dazzling Diamonds Glimmer Paper (now replaced by Sparkle Glimmer Paper) I die cut the curved edge. To check my planned layout, I placed everything where I wanted them to go.I started assembling my card by adhering the fence, although with hindsight, I would have preferred to adhere the tree first, but it was a minor detail, and still looks good in front of the fence. Next I adhered the “snow”, and finally the truck. Unfortunately, I should have adhered the bows to the fence first, because I would have positioned the truck so all the bows were visible! 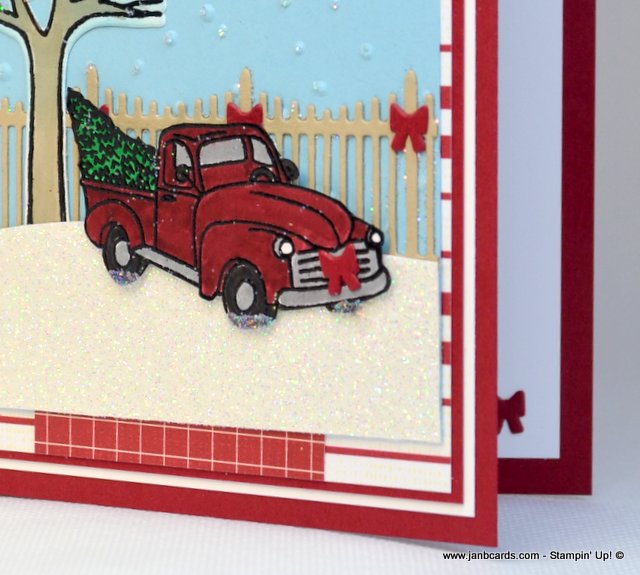 I was unhappy with the way the truck seemed to be floating rather than sitting on the snow., so I put some Tombow on all four tyres and then covered it with Dazzling Diamonds Glitter. I was hoping the glitter would look like the tyres were sitting in the snow, but it does look like the wheels are in snow rather than floating. I also added some tiny dots of the Fine Tip Glue on the tree branches and each “bobble” of falling snow, and sprinkled with Dazzling Diamonds Glitter. 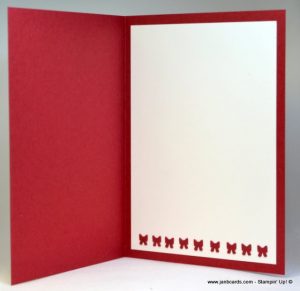 The MERRY wooden element is from the Festive Farmhouse Elements, and I painted over it using the Frost White Shimmer Paint. The CHRISTMAS is from the HAPPY CHRISTMAS WISHES, and was punched out using the Classic Label Punch. The Designer Series Paper I’ve used for the background is from the Festive Farmhouse Designer Series Paper. Overall a very pleasing card, with two or three things I’d change slightly if I ever decided to make it again.

I hope you have a good day and until tomorrow, happy crafting.