I hope you’re enjoying the weekend. Today’s card is the matching card for the Snowman Gift Tags I made last week. The video next Wednesday will show how to make a divided pizza box, which will hold five of these cards and envelopes, and five tags. I haven’t designed the decoration of the box yet, but I have made my prototype. The cards are thicker than usual because I’ve used Dimensionals and Basic Rhinestones. This means I need to make my box a bit deeper to take the thickness of five cards. I think it’ll be straightforward to do! 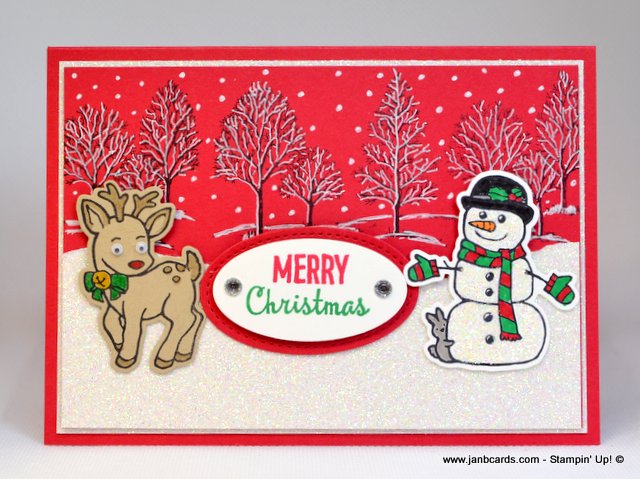 As you know, I don’t like images that don’t have eyes or which have closed eyes. The little reindeer has two dots for his eyes, and I couldn’t draw them into nice shaped eyes. After I had tried regular oval shaped eyes, I tried googly eyes, but I wasn’t happy with those either. Next I tried adding eyebrows, and that looked soooo much better. Unfortunately, by this time I had adhered googly eyes to two reindeers on the front of the card! I decided that I’d add eyebrows above the googly eyes for the reindeer on the front of the card, and eyebrows only for the reindeer inside the card – definitely my preferred look! 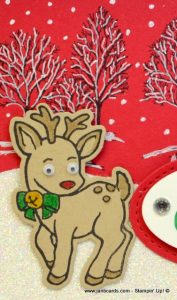 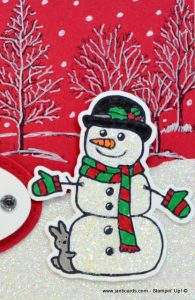 I stamped the trees from the Lovely as a Tree Stamp Set using Stazon Jet Black Ink. Next I used my white gel pen to draw parallel lines along the trunk and branches. This produces a great effect! In this video, I didn’t go through the process of how to make the glitter snowman, because the instructions are in the first video – Snowman Gift Tags. I’m looking forward to working on the box tomorrow!

Yesterday, I told you I was going into London with hubby so I could go to the Women’s Institute, with Vicki and sixteen other ladies from our Church. Hubby wanted to have a walk around nearby Pimlico, and give his new camera a workout! He used to live in Pimlico many years ago before I met him, and I used to work there not long after we first met! Our very early day started with me meeting the ladies in Victoria, so we could all walk to the Emmanuel Centre. We arrived at Victoria Station about ten minutes early. I decided to take a photograph of the pub on Victoria Station where we had our first date! 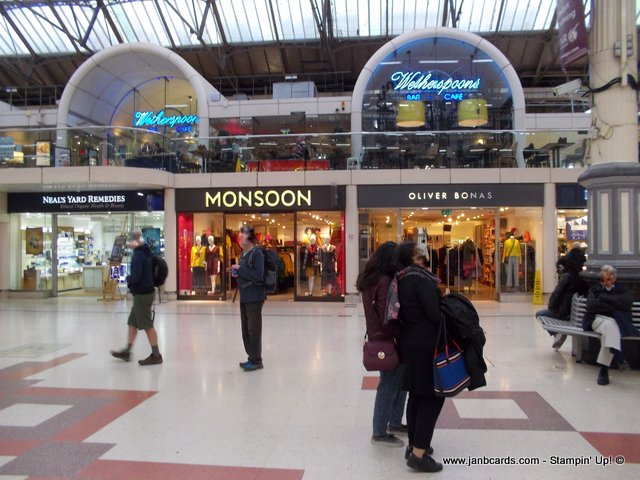 First Date: Wetherspoons Pub above some shops on Victoria Station.

After my Convention had finished, I met up with hubby and we went for a walk. He took me to see Douglas House where I used to work! It has been converted into flats, but as it’s a Grade 2 Listed Building, the developers weren’t allowed to change the facade of the building! I would loved to have been able to go in and have a look around! Oh happy days! 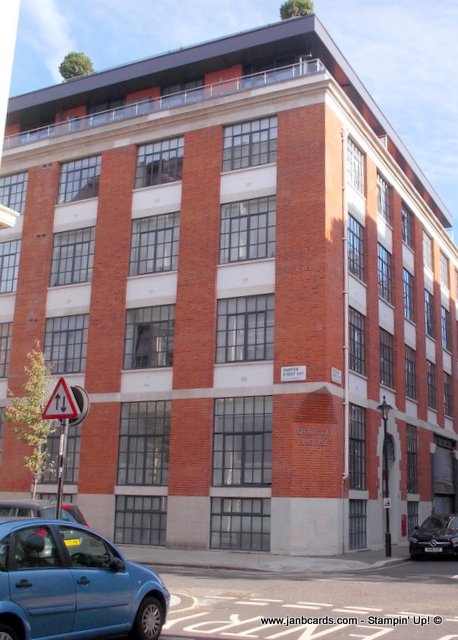 That was the best job I ever had! I was Office & Subscriptions Manager for a publishing company in the financial world! After we had stopped for a drink and a bite to at, we made our way home, tired, content and looking forward to a lovely cup of tea! That’s it from me today. I wish you a very blessed Sunday, and until tomorrow, happy crafting.