The card I have for you today is an unusually busy card for me, but I think it works well. This was my first play with the Illuminated Christmas Stamp Set. I always feel pleased when I’ve been able to create a card using just one stamp set, although I did use a sentiment from the Wishing You Well Stamp Set for the sentiment. The poinsettias weren’t part of my original plan, but I needed something to decorate the inside of the card, and they fitted the bill brilliantly. I fussy cut the poinsettias, which was amazingly easy to do. 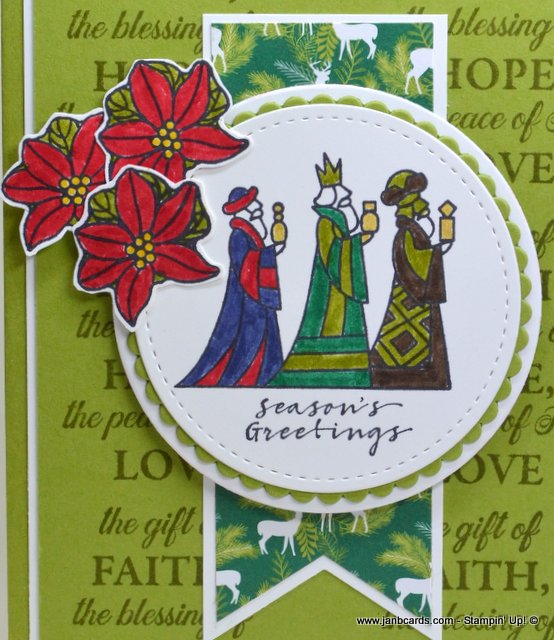 When I first started putting this card together, I chose the Designer Series Paper (DSP) first, and I chose three co-ordinating designs from Under the Mistletoe DSP. My original plan was to have three pennants of different widths and different designs under the main image. By the time all my elements were ready, and I was arranging the images in different positions, I knew the three pennants would look too busy. 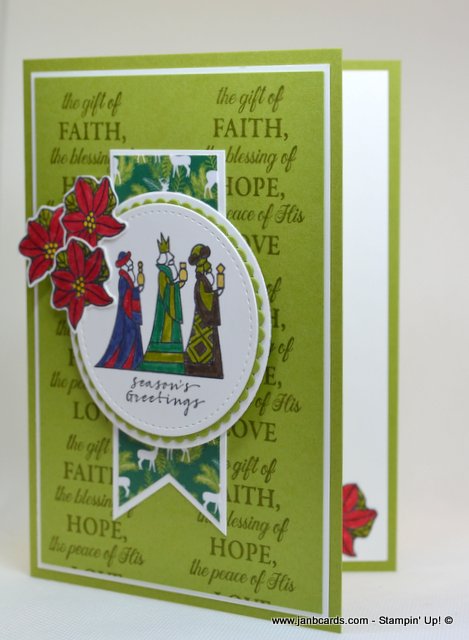 I started assembling my Olive Green card base with a layer of Whisper White Cardstock (CS), and a top layer of Old Olive CS. I laid the images on the card and wished I’d dry-embossed the top layer. As it was too late to remedy this, I decided to stamp over the top layer using one of the stamps from the set instead. The Old Olive Ink came out a lot darker than I would have liked, and thought Versamark might have looked better. 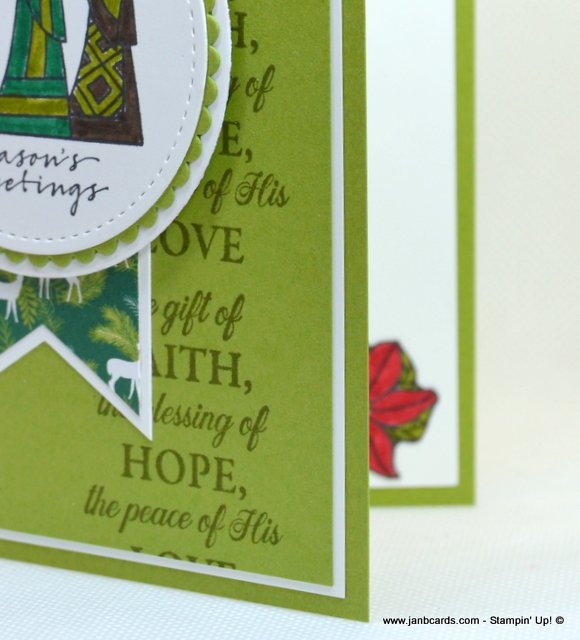 Next I adhered the pennant to the card front using Tombow, and then I adhered the main image of the Three Wise Men using Dimensionals. It was at this stage I decided I’d add the poinsettias! There was a lot of colouring to do for the Three Wise Men. I checked the colours that were in the DSP and decided to use them all. They are Real Red, Old Olive, Shaded Spruce, Night of Navy and Early Espresso. I also included Crushed Curry for the centres of the poinsettia, as well as the gifts the Wise Men are carrying. 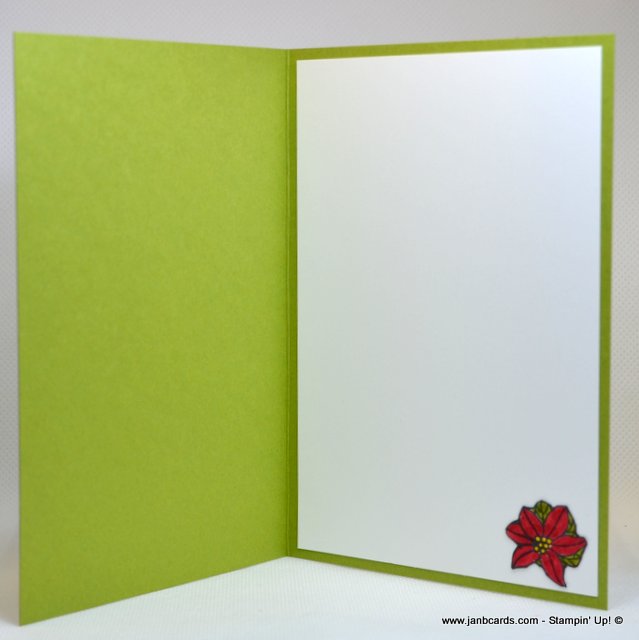 The main image has been die cut with the Stitched Shapes Framelits, and I used the Layering Circles for the Olive Green CS and Whisper White CS layers. A very pleasing card I think! I hope you like today’s card and maybe give it a try! That’s about it from me, and until tomorrow, happy crafting.